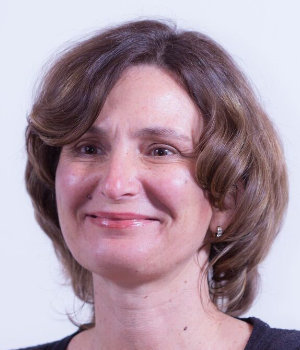 In multilateral negotiations, cutting through the web of strategic interests to achieve progressive policy outcomes requires unprecedented political and communications acumen. Drawing on more than a decade of health and sustainable development head of state and ministerial dialogues, Susan Brown discusses the strategies and tactics that see negotiations prosper or fail, how to effectively advocate for evidence-based policy, and navigating complex inter-organisational relationships. This seminar is aimed at students in public health, policy, business and international relations, but open to anyone with an interest in the art of negotiation.

Susan Brown has a life time commitment to the development of good public policy, sustainable development advocacy and constructive political engagement. She is Director of Public Policy Engagement at Gavi, the Vaccine Alliance, which consists of WHO, UNICEF, the Bill and Melinda Gates Foundation, World Bank and other partners.

Previous to this role, she was Director of Global and Regional Policy and Head of the Policy and External Affairs Cluster for WWF International - a 100 country, €600m organisation – representing and negotiating for them in hundreds of global and regional political and policy dialogues, achieving significant text outcomes and commitments for all areas of sustainable development.

Over 14 years of multilateral negotiation work, she has developed a deep understanding of geopolitical dynamics, considerable knowledge of the behaviours and motivations of decision makers and the process of decision making.  She has built strong relationships with country governments, global institutions and civil society organisations at executive level and led global network teams to significant recognition of their objectives in major international processes and forums including the UN 2030 Agenda for Sustainable Development (the Sustainable Development Goals), UN resolutions, the Convention on Biological Diversity (2008, 2010, 2014) the UNFCCC preparatory meetings and Copenhagen COP of 2009, the UN Environment Assembly, Rio +20 (2012), the World Summit of 2005, the World Health Assembly, 12 UN General Assemblies and many others.

Prior achievements include key roles in the substantial expansion and reform of Federal environmental law in Australia (the EPBC Act negotiations), achieving a significant package new and changed spending of energy measures and new environment funding through the GST negotiations, running a conservation organisation covering an extensive area of northern Australia including range lands, complex river systems and the Great Barrier Reef, news and opinion pieces for most of Australia’s major newspapers and operating a successful media consultancy.