Milpa is the cheerful green and orange goanna who helps kids to stop trachoma.

Everyone knows Milpa’s message of 'Clean Faces Strong Eyes' to stop trachoma and now Milpa has Six Steps to stop other germs too. But did you know that Milpa is now ten years old?!

He has travelled all over the NT, SA and WA in his ten years and has friends everywhere!

We found some old pictures in the family album of Milpa’s exciting life as a working goanna!

Milpa’s is now ten and here is his story

Milpa is a happy bright-eyed green and orange goanna who wants kids to keep their faces clean to stop trachoma and have strong, healthy eyes. Milpa’s name means ‘eye’ in the Warlpiri language.  (see more) 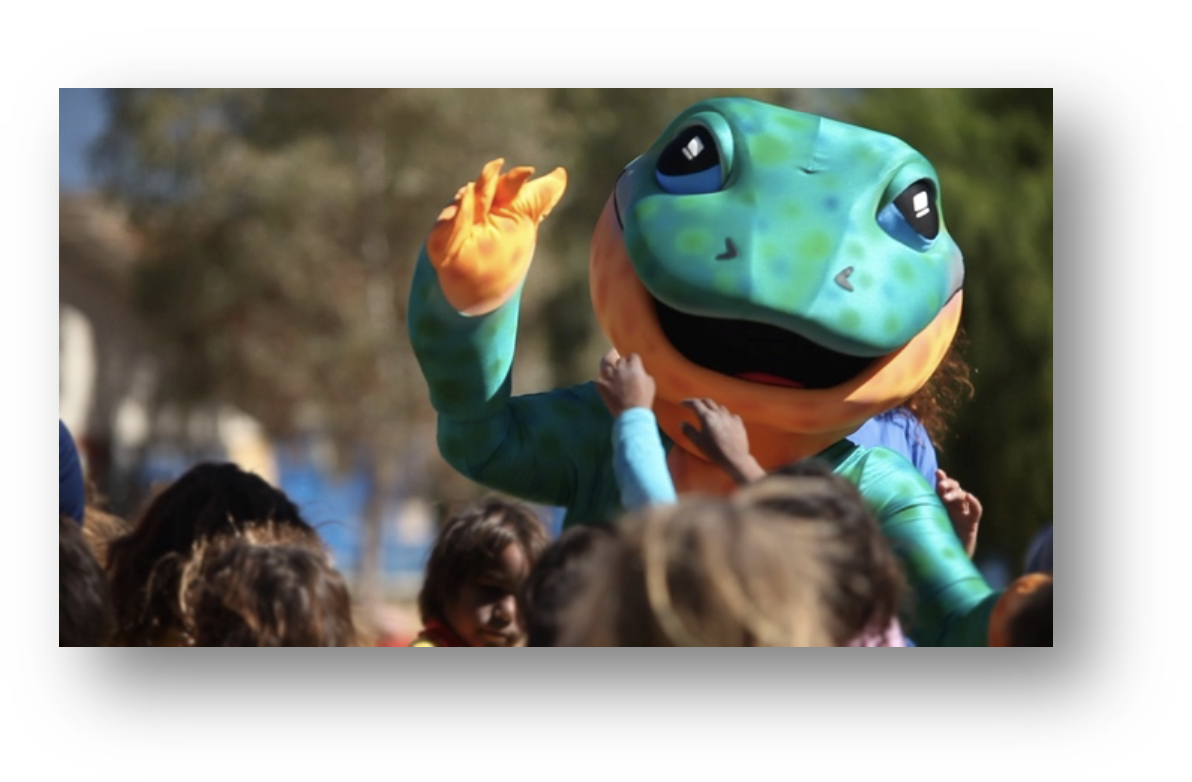 Artist Lily McDonnell drew Milpa for the Centre for Eye Research in Melbourne way back in 2008 and CERA gave permission for the drawings to be used for the Trachoma Story Kits in 2010. 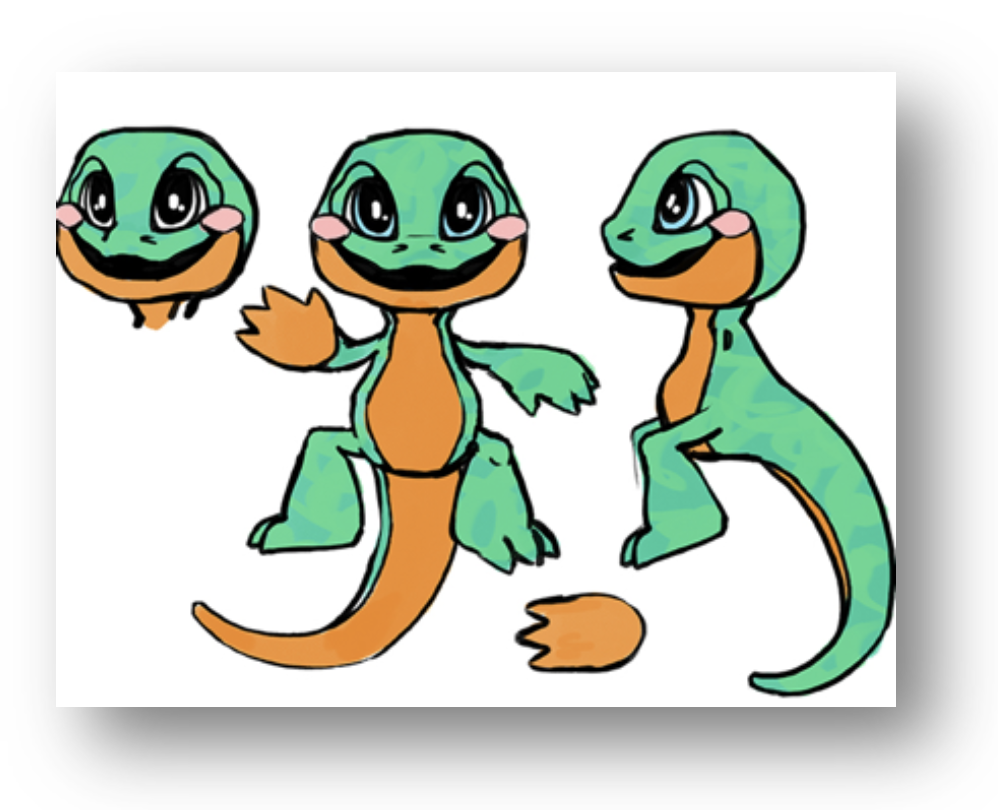 Has Milpa got good strong eyes?

Goannas don’t blink. They have very good vision during the day and use it to find food. Milpa had his eyes checked by Dr Donna Mak Public Health Physician and expert trachoma grader from the Dept of Health WA.

Milpa always keeps his face clean of goanna snot and yucky stuff around his eyes. 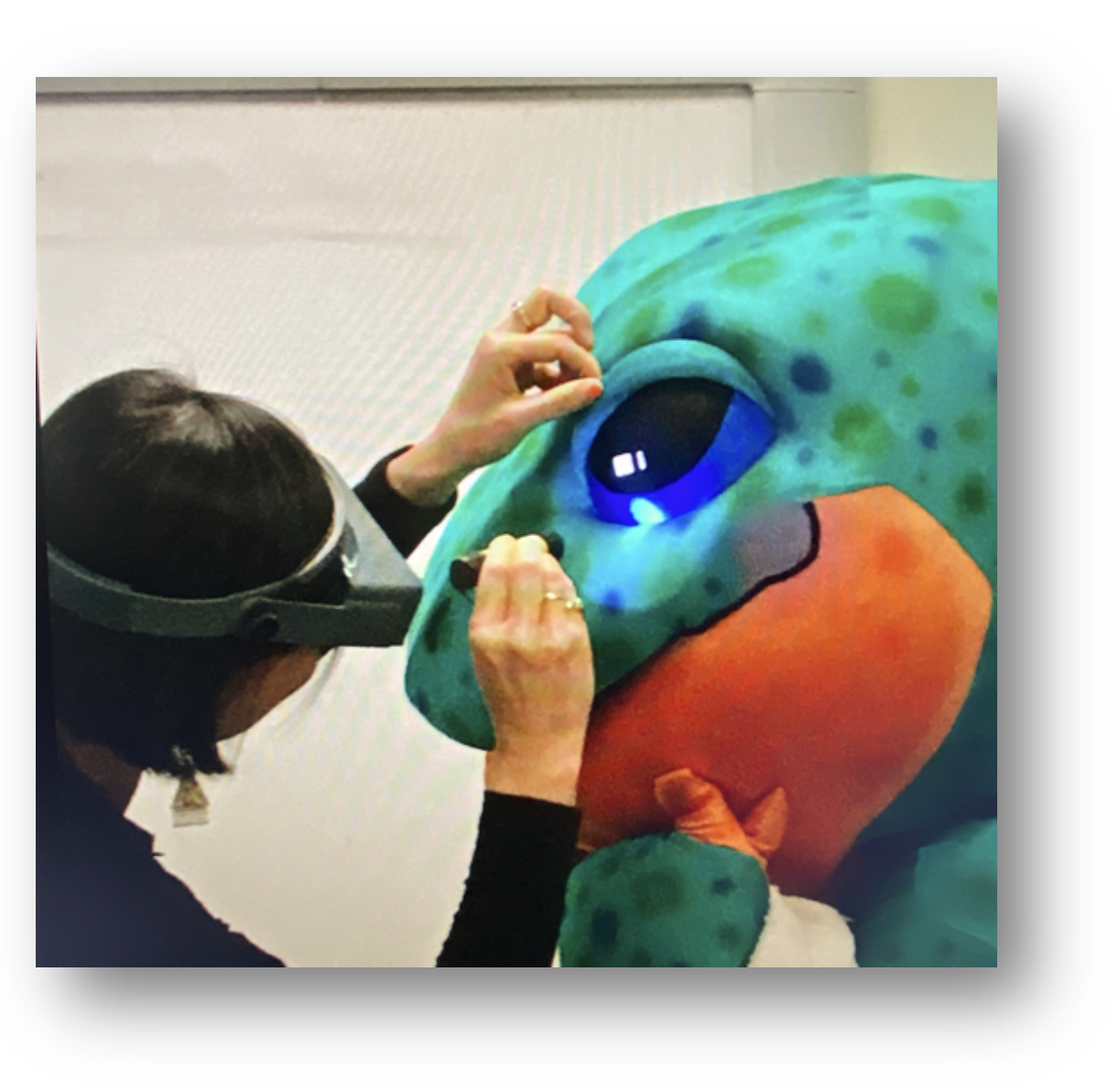 When did Milpa start to help eliminate trachoma?

Milpa met his best mate Yamba the Honey Ant at the TIO Stadium in Darwin on Saturday 17 July 2011. That night the Demons beat Port Power by 21 points and Milpa has barracked for them ever since! 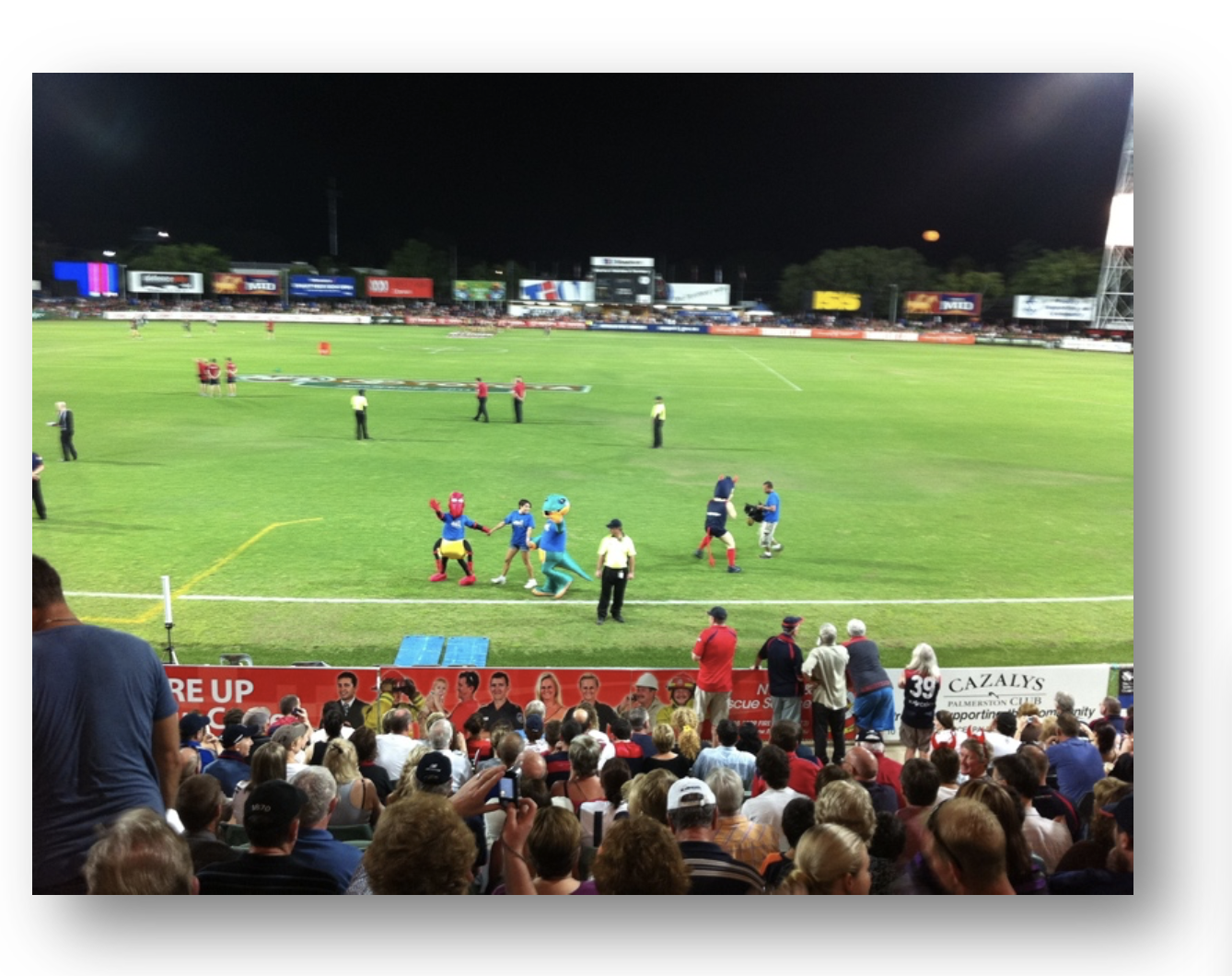 The Melbourne Football Club are awesome trachoma ambassadors and have supported the trachoma work for 10 years. Milpa meets up with them every year for footy clinics, big games and to make TV and radio ads. Milpa’s even got his own Demons Indigenous-round guernsey! 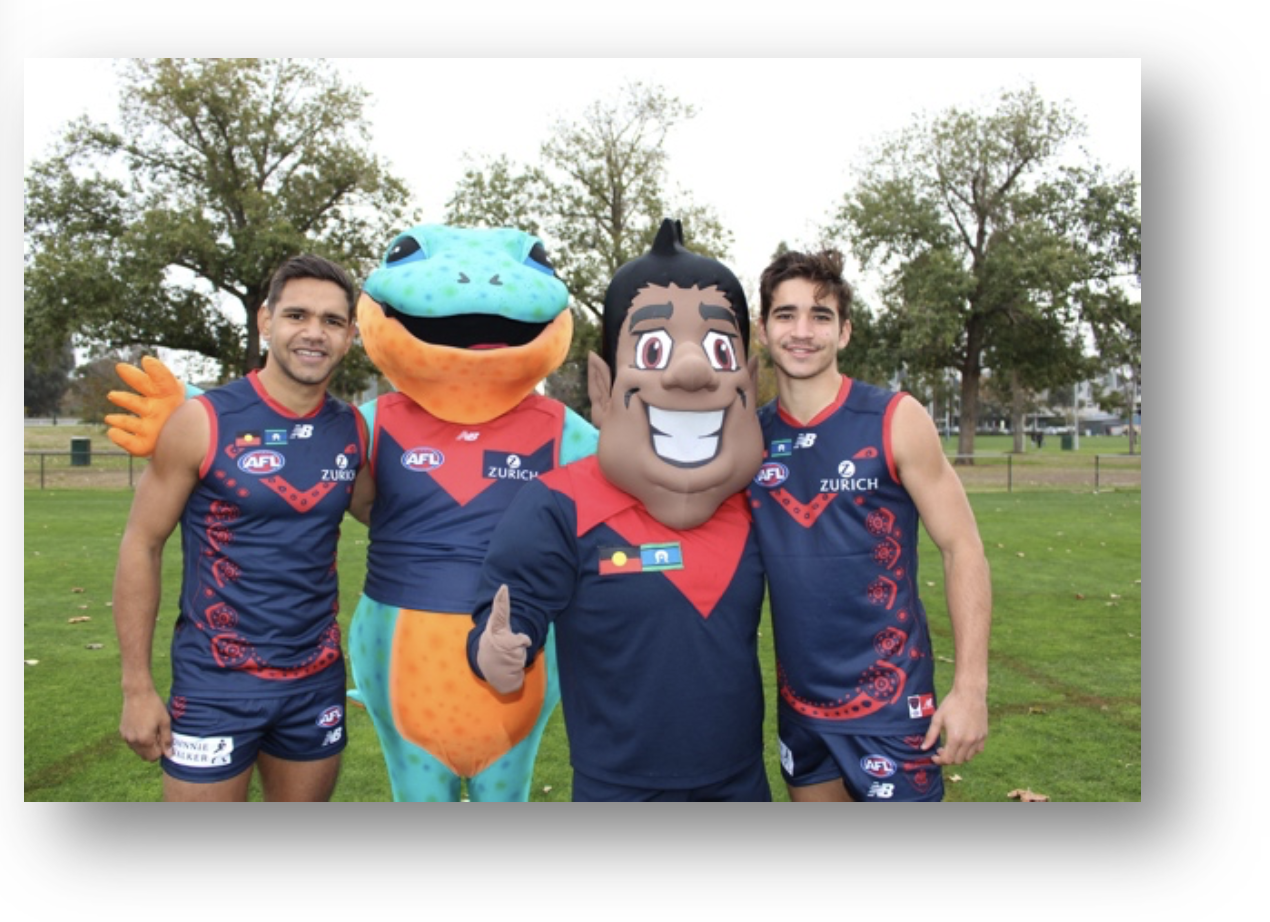 What is Milpa’s day job?

Milpa knows that Aboriginal kids are born with better eyesight than non-Aboriginal kids. His job is to help people learn about trachoma and how to stop it, so that kids and adults in remote communities in Australia have good strong eyes again.

Yamba knew all about TV from his own show called Yamba’s Playtime. Yamba helped Milpa make tv ads for Imparja TV and Indigenous Community TV (ICTV) and radio ads for CAAMA telling everyone how to get rid of trachoma.

What did Milpa and Yamba get up to?

Milpa and Yamba became best mates and two of Central Australia’s most popular and loved characters. They had huge fun hitting the road with The Yamba and Milpa Trachoma Roadshow visiting schools in remote NT and the APY Lands. They taught kids, families and anyone who would listen how to be healthy and strong in an entertaining healthy-living musical.

Anangu kids learned the key steps of blowing noses with tissues, washing hands with soap and water, and washing faces whenever dirty to help eliminate trachoma and other childhood infections. The shows were fantastic, and the kids had a great time learning about trachoma in a fun way.

In 2014, over 650 children and adults came to the first Yamba and Milpa Trachoma Elimination Roadshow in the APY Lands in South Australia!

Do many people know about Milpa?

Milpa has travelled a lot out bush, far and wide in the NT, WA and SA where trachoma and other germs are still a problem. A few years ago, Ninti One found that 77% of people had seen Milpa and 86% understood what Milpa was saying about clean faces, strong eyes. Ninti One are helping to eliminate trachoma with their great community-led research.

Where does Milpa sleep?

Goannas mostly live on the ground and dig holes for a nest or burrow. Here’s a photo of Milpa napping in Jameson in the Ngaanyatjarra Lands, WA. He needed to rest each afternoon after doing lots of hip-hop dancing with NG Lands Schools, Indigenous Hip Hop Projects and the trachoma nurses from the West Australian Country Health Service in the Goldfields. Can Milpa do any tricks?

Indigenous Hip Hop Artist Rayson Santana de Jesus taught Milpa how to do backward somersaults at Docker River when the community members made an awesome video.