The challenge of social isolation and loneliness

A new initiative in development to address this issue 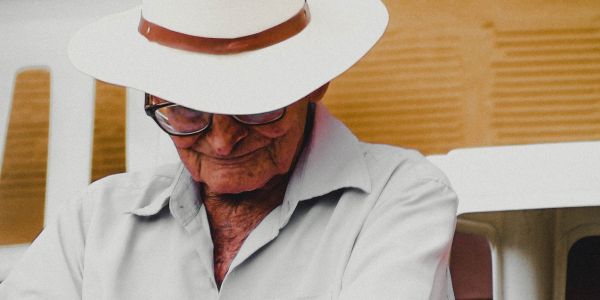 It is estimated that by 2050, for the first time in human history, there will be more people over 60 years of age in the world than children.1 Globally, older populations are increasing due to medical advances and improvements in the social determinants of health. In the Asia-Pacific region, where 50 percent of the world's elderly population lives, numbers are predicted to grow in the next 40 years from 414 million in 2010 to 1.25 billion.1,2

The current state: In Australia, the average life expectancy is now over 80 for both men and women and rising. The fastest growing demographic cohort in Australia is now people aged over 65.3 A new national and international picture of demand for community aged care services is emerging. This changing demand is being driven by greater absolute numbers of older people within the population, and an increased preference to continue to live and receive support within the home. Research has shown that lonely people are 60 percent more likely to use emergency services than the non-lonely, while lonely older people are twice as likely to be admitted to residential aged care.4,5 The consequences to health are dramatic, as feeling isolated from others can disrupt sleep, elevate blood pressure, increase morning rises in the stress hormone cortisol, alter gene expression in immune cells, increase depression and lower overall subjective well-being.4,5,6

Studies have found that older people who experience ‘extreme loneliness' are up to 26 percent more likely to die prematurely.4After the heat waves in Paris, Chicago, and the events in New York in 2001, reviews of elder deaths highlighted the importance of neighbourhood characteristics in preserving the lives of isolated older people. Socially isolated older persons had higher mortality rates in neighbourhoods with little social capital or networks of neighbour initiated-care than in equal socio-economic, but more socially-connected neighbourhoods.7 A sense of connectedness to local communities, and of belonging to others, is an important antidote to loneliness for many older people.8Lone person households in Australia are predicted to grow from 2.1 million households in 2011 to close to 3.4 million households in 2036.1,9

The future power dynamics: The changemakers emerging within the ecosystem are the next generation of older people who bring an advocacy skill set to their experience of ageing which is different from their peers. Political, environmental and gender-based activism have been prominent in the lives of those now turning 60 and 70. This shifts the power dynamic considerably when compared to previous generations.

Social impact start-ups and the role of technology such as wearables to detect loneliness can change power dynamics as data is made available in real time to older individuals and to their family and friends. Start-ups in the age and community space are unencumbered by risk cultures that traditionally restrict innovation in larger aged care service providers. 10 Better connections between the start-up community and the aged care sector will improve the solutions offered by the start-ups as they will be closer to the most pressing problems facing the aged and community care sector.

Technology plays an important role in social connection. Robotics, especially in Japan, are at the forefront of efforts to reduce loneliness.11In Australia, the conversation as therapy (CaT Pin) is a discreet, low-cost wearable to detect loneliness. In the form of a lapel pin or brooch, the CaT pin detects the presence or absence of conversation.

Turning the internet of things into an internet of actions: The importance of word count is well-documented in children when measuring language acquisition and IQ. Yet daily word count has seldom been explored as a proxy measure for loneliness in older populations. Using a social and human-centred design approach, the team from Bolton Clarke and RMIT are developing an ambient wearable that older people would actually want to wear. The aim is to develop something that can monitor social contact, without the user needing to interact with any confusing interfaces. This is a way to address social isolation in older people with a novel yet intuitive intervention.

The CaT pin monitors social interactions without intruding: The project is a collaboration between Matiu Bush, Senior Strategist in Business Innovation with Bolton Clarke, RMIT wearable technology designers Dr Leah Heiss and Emma Luke and an engineering team led by Associate Professor Paul Beckett and Dr Glenn Matthews. Working at the intersection of design, health and technology, the team came up with the Conversation-as-Therapy (CaT) pin. The pin looks to be a conventional accessory; a personalized brooch. But inside, it’s enhanced with a digital microphone, embedded microprocessor and Bluetooth Low Energy (BLE) transceiver. This isn’t a full speech recognition system: the BLE receiver monitors ambient sound to identify potential speech. Rather than recording conversations, the pin counts words over time. This makes the technology easier to build and avoids privacy issues. 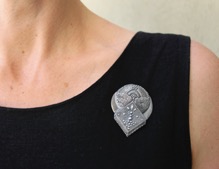 The CaT Pin (conversation as therapy). The world's first wearable to detect loneliness

The team is not just monitoring the data: they have designed a service ecosystem response that acts on it too. They can link the pin to real-time intervention services. If the pin detects that an older person hasn’t spoken in a day, a text message can be sent to the older person’s friends or relatives, or to a volunteer community service. Care is tailored to the individual and consists of self-actioned and/or external responses. Their preferences can be accounted for, just as the pin itself can be personalised to represent the user’s taste. The CaT Pin can’t hope to solve loneliness overnight. But it has been designed to spark up the conversation.

The team hopes it inspires further research and engagement with the issues of social isolation and loneliness, whilst highlighting the possibility for elegant and desirable IOT solutions that have both style and substance. The wearable CaT Pin (Conversation as Therapy pin), has won the $10,000 Designing for Ageing Well Challenge, co-sponsored by Telstra and RMIT to reward innovative thinking in design for Australia’s ageing community.