Longevity and population ageing in Australia 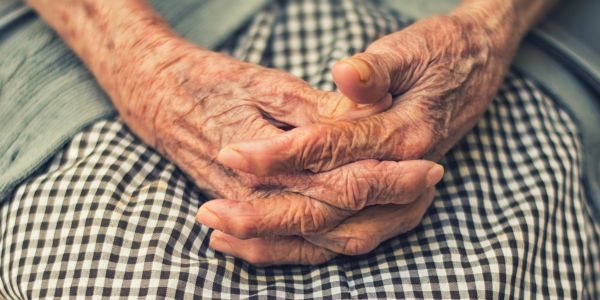 One of humankind’s great achievements in the past two centuries has been the rapid rise in longevity. Life expectancy has increased from around 35 years in the first half of the 19thcentury to above 85 years for females in many places today (reaching as high as 88 years in Nagano in Japan). Australia has been near the forefront in increasing longevity; in 1970 a 60-year old Australian male had only a 29% chance of reaching their 80th birthday but today they have a 68% chance.[1]Declines in heart disease, stroke, chronic respiratory disease and lung cancer mortality have led these survival gains, as Australians have reduced unhealthy behaviours such as smoking while technologies to prevent and treat these behaviours has improved. The ageing of populations in much of the world has been driven, together with falling birth rates, by the greater survival chances of the population.

Despite these improvements, Australians are surprisingly and, somewhat concerningly, pessimistic about how long they expect to live for. Research has found that Australians approaching retirement under-estimate their own life expectancy by about five years.[2]Why is this a concern? There are a number of reasons. An obvious concern is the possibility of having insufficient funds to last the rest of one’s life. Knowing you have an additional five years of post-retirement life would likely force many people to adjust their behaviours and plan accordingly – whether deciding to remain in employment for longer to increase savings or reduce discretionary spending in retirement. Increased longevity also has implications for governments, who in Australia have responded by increasing the age of access the Age Pension.

Another concern is that, despite people living longer lives, they are not necessarily living healthier lives. In Australia, life expectancy has increased by 5.5 years since 1990, but non-healthylife expectancy (i.e. the number of years spent in illness, injury or disability) has also increased by 1.5 years during that period. Almost one-quarter of an average 65-year old’s future years can be expected to be spent with some kind of illness, injury or disability (of course this will be shorter for some and longer for others). The primary reason for this is that humans have been overwhelmingly successful at wiping out infectious diseases that have shorter periods of illness prior to death, so the vast majority of people now die from chronic diseases with long periods of ill-health, often experiencing multiple conditions concurrently. These trends have consequences for individuals, their families and care-givers, governments and health care providers, who need to provide for and fund the treatment and care of people who spend significant parts of their lives in ill health.

While there have undoubtedly been great increases in longevity in recent decades, with major implications for individuals, households and governments, can these trends be expected to continue? There is much debate among experts on this topic. Some correctly point out that life expectancy projections made by governments have almost always been too low - just like those estimates made by individuals about their own lives. And, that there are always various unforeseen factors that will cause life expectancy to continue to increase at or near its current rate (global record life expectancy increases at about three months per calendar years[3], whether they be advances in prevention or treatment technologies or knowledge of human genomics. However, others are more pessimistic about the future prospects for longevity.

In the past four years, Australia’s life expectancy has stagnated and the long-term decline in cardiovascular diseases has slowed to almost zero. Evidence from the USA is even more stark, with many counties having experienced a decline in life expectancy in the past 30 years.[4]These trends have been driven by a range of factors, including smoking falling to such low levels that any mortality improvements are minimal, as well as increasing obesity, although the evidence of its precise relationship to mortality is still to be resolved. Another issue, particularly with relevance to the United States, are significant inequalities in behavioural risk factors and access to preventative and treatment health care technologies. Continuation of these trends, or at least a slowing of the long-term increase in longevity, could re-shape the issues surrounding longevity in many countries.