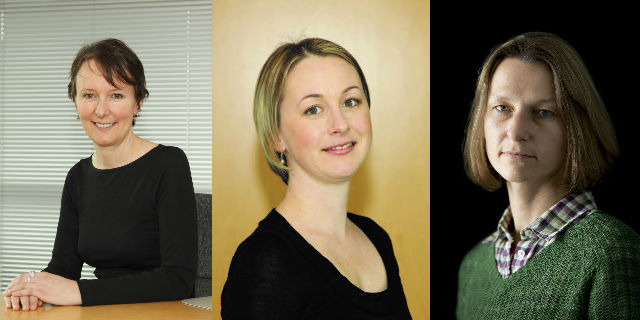 Prof Jane Pirkis, Dr Kylie King and Dr Marisa Schlichthorst, all from the Mental Health Policy and Practice Unit, received the Award for Excellence in Knowledge Transfer for their work developing the three-part documentary series Man Up. This series explored masculinity and the mental health of Australian men.

The University of Melbourne defines knowledge transfer as the development of intellectual capital through a two-way mutually beneficial interaction between the University and non-academic sectors, such as the community, organizations and industry, resulting from its teaching and research.

The School regards knowledge transfer as a critical function of a world leading academic research and teaching centre for public health research, scholarship and learning.

Man Up aired on ABC TV in October, and was produced by Heiress films. Jane and her team evaluated the documentary in a randomised controlled trial involving over 350 male participants.

This evaluation found that watching the documentary resulted in significant improvement in male viewer’s understanding of masculinity and health-seeking behaviour.

Alongside this award, Jane was also a recipient of the Award for Excellence in Research Higher Degree Student Supervision.  She won this award, which is open to outstanding supervisors of all disciplines, after having been nominated by some of her students.

Congratulations to Jane, Kylie and Marisa!