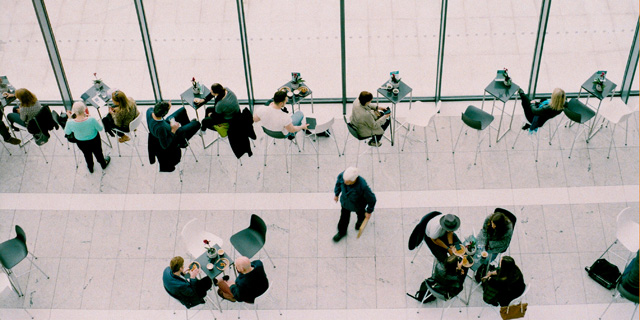 It is generally agreed that to meet the challenges of ageing populations, we need to take an interdisciplinary approach. When you Google ‘collaboration’, you get two definitions: “the action of working with someone to produce something.” And ‘traitorous cooperation with an enemy.” Lots of food for thought there. But what does interdisciplinary collaboration really mean and how do we do so effectively in the real world?

Real world projects are by nature messy. There are usually multiple stakeholders with more or less divergent agendas and priorities, a set timeframe, and a tight budget. There are also the invisible factors such as preconceived ideas, pre-existing relationships, ambiguities, policies, frameworks, formal and informal knowledge, and disciplinary approaches and practices. How these play out on a project depends on many factors including the willingness of stakeholders to listen and learn from each other, the strength and flexibility of the leadership, and the ability of stakeholders to agree on and prioritise a common vision.

Two other very important factors are the articulation work and the place-based nature of real world issues. Articulation work refers to the work that holds things together, gets things back on track when the unexpected occurs and modifies action to cater to unanticipated contingencies. It is the informal negotiation, facilitation, communication and mediation that makes any system function. One project participant I met referred to this work as the ‘tippy-toey stuff’. This work is generally invisible, unacknowledged and tends to draw on informal or lay knowledge. And that brings me to the second of those factors, the place-based nature of real world issues. Projects are inherently local and place-based in nature. This points to the importance of local or lay knowledge to contextualise the project, and to smooth the way. Local, lay or informal knowledge must work synergistically with formal, theoretical or expert knowledge to achieve satisfactory project outcomes. The difficulty is that local knowledge tends to be tacit and embedded and appears incidentally in informal conversations and impromptu negotiations, rather than in formal consultation processes. Real community engagement requires a significant commitment of time and energy and is an investment in the long-term success and sustainability of a project. However most budgets do not allow enough for true community engagement and often it is the goodwill, commitment and energy of the stakeholders that make up the difference on successful projects.

I witnessed just such commitment, energy and goodwill in Manchester, one of the World Health Organisation Age-Friendly Cities when I visited last November. A large and diverse group of stakeholders is involved in an array of initiatives that are occurring across the City of Manchester. These include staff from Manchester City Council, The Whitworth, the Manchester Museum, and Manchester Institute of Collaborative Research in Ageing (MICRA), academics, architects, community organisations, schools, housing associations and many more. Each of the interviews undertaken revealed the interconnections and regular interaction between staff from a number of organisations. There were instances where staff members from one organisation were seconded to another for their specific expertise on particular projects. It was also very clear that people working in this sector were very supportive of each other and were in many instances collaborating.

It turns out that the age-friendly work has been going on for over a decade. The original program initiated by Paul McGarry at the Manchester City Council was called ‘Valuing Older People’ which officially transitioned into the ‘Age-Friendly City’ program in 2012. In the interim, in 2009 the Manchester Ageing Strategy was published. So the city has had a long-term commitment to ‘making Manchester a great place to grow older’. Some of the key messages from Manchester include: understand the local context, work in neighbourhoods, build trust, build partnerships, and keep messages clear and simple.

A final comment on invisibility - I attended the most recent Dean’s lecture (Medical Faculty) on Dark Matter, which was delivered by Professor Colin Norman. He tells us that 96% of the universe is invisible - a nice analogy for what happens with interdisciplinary collaborations and a possible explanation for why things that look good on paper don’t necessarily deliver expected outcomes.

And now to education: the Master of Ageing subjects have been rescheduled so that there is always one core subject and two electives each term. The next subjects to run in Term 2 beginning in April are:

Many thanks to all of our contributors to this issue, and if you have any items for the next issue that will come out in June/July, please contact me: lena.gan@unimelb.edu.au