A presentation by Professor Gabriele Vogt 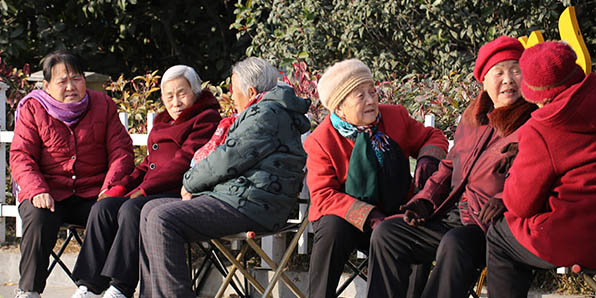 Professor Gabriele Vogt presented at the Melbourne School of Population and Global Health’s Seminar series at the University of Melbourne on July 18th. Professor Vogt outlined the complex background of political, economic, societal and historic attitudes to foreign migration in Japan as well as the obvious demographic ageing context as a country with one of the oldest population structures. In addition, she explained how families no longer care for older relatives, resulting in eldercare as an outsourced service. This has inevitably led to severe labour shortages in health-caregiving to older people.

Japan has only ‘belatedly and reluctantly’ joined global competition for the best-educated health workers. Despite having bilateral treaties in the form of Economic Partner Agreements (EPAs) signed with a number of nations in Southeast Asia such as Indonesia, Philippines and Vietnam, the international caregiver workforce is strictly limited to a maximum entry of 1,000 per year.

The many rules to migration tend to increase rather than cut costs on the employers’ side, while also adding hurdles to the career paths of migrants, exemplified through the non-compatibility of degrees previously earned, and the requirement of a high level of language proficiency in Japanese. Consequently, few employers are willing to hire international health-care professionals via these migration systems, and only a handful of health-care professionals choose Japan over the more common destination countries of the English-speaking world. Professor Vogt argues that what can be observed is a striking disparity between policy and reality which may very well be the result of Japan’s reviving political conservatism.

On the other hand, some business leaders through small-scale initiatives, temporary regulations, and loopholes, nowadays contribute to an increase in international health-care professionals to meet this desperate need. Professor Vogt outlined several prevailing gaps between Japan’s policy and practice, including a pervasive attitudinal unwillingness to accept foreign worker policies and international skilled migration. She argued that Japan’s failing international labour market policy has since proven to be unattractive to potential employers and employees alike.

Professor Gabriele Vogt is a Professor of Japanese Politics & Society at University of Hamburg. She is also a member of the scientific advisory board to the Berlin Institute for Population and Development, the European Association for Japanese Studies, and the German Association for Asian Studies. She is the European representative of the Social Science Japan Journal. Her main research areas are demographic change, comparative politics, multi-level politics, international relations and social movement research. Gabriele’s recently published book is ‘Population Ageing and International Health Caregiver Migration to Japan’ (Springer, 2018).

[Source: Dr Ruth Williams, Academic Convenor of the Hallmark Ageing Research Initiative and Lecturer in the Master of Ageing, University of Melbourne]