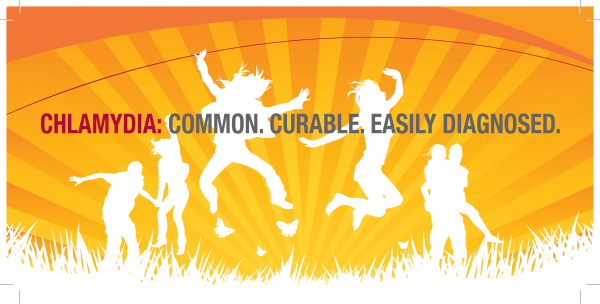 This world first trial aims to determine the effectiveness, cost-effectiveness, acceptability and feasibility of a chlamydia testing intervention in general practice. It will determine whether annual chlamydia testing for 16 to 29 year old men and women will reduce the prevalence of chlamydia in the population and will make recommendations to the government about whether it should introduce a national chlamydia testing program. The trial protocol has been published online as a Lancet Accepted Protocol (Hocking JS, Low N, Guy R, Law M, Donovan B, Kaldor J, Temple-Smith M, Gunn J, Fairley CK. 12 PRT 09010: Australian Chlamydia Control Effectiveness Pilot (ACCEPt): a cluster randomised controlled trial of chlamydia testing in general practice (ACTRN1260000297022) Lancet protocol. Published online, May 2013.)

Chlamydia trachomatis is the most commonly reported sexually transmitted infection in Australia. As over 80% of infections are asymptomatic, screening is the main way to detect cases. However, there is considerable uncertainty about the evidence supporting population-based chlamydia screening and this has led to much debate. In response, the Australian Government funded the Australian Chlamydia Control Effectiveness Pilot (ACCEPt), a cluster randomised controlled trial of a chlamydia screening intervention in general practice. ACCEPt was commenced in July 2010 and is a world first trial of annual chlamydia screening in general practice. A total of 150 GP clinics in 54 rural towns in 4 Australian states are enrolled – over 90% of clinics approached agreed to participate. A chlamydia screening intervention comprising incentive payments per test, computer alerts reminding GPs to screen and quarterly reports on each GP's chlamydia screening rates has been implemented. Prior to randomization chlamydia prevalence was estimated among 4,300 men and women aged 16 to 29 years attending participating clinics – a prevalence of 4.6% was found. This trial was completed in early 2016 with ongoing analysis of results.

Supporting organisations are listed on the ACCEPt website; http://accept.org.au/supporting-organisations

Screening and early detection of disease

Centre for Epidemiology and Biostatistics