During 2022, the ENEA resources were developed with a community-led approach centred around self-determination, voice and connections.

As a result of learnings in the development of previous IEHU resources, and with feedback and reflections through our networks, we established an informed initial approach to begin creating the new resources

An Aboriginal and Torres Strait Islander Advisory Group of health leaders and workers, eye health coordinators and supporters, health promotion officers, and community members with a diverse range of skills and knowledges, cultural connections and lived experiences from across Australia was convened.

The Advisory Group participated in a series of online creative workshops facilitated and guided by the Project Steering Group and Gilimbaa Indigenous Creative Agency to codesign all aspects of the print and multimedia resources including its objectives, key messages, and the look and feel, and execution. 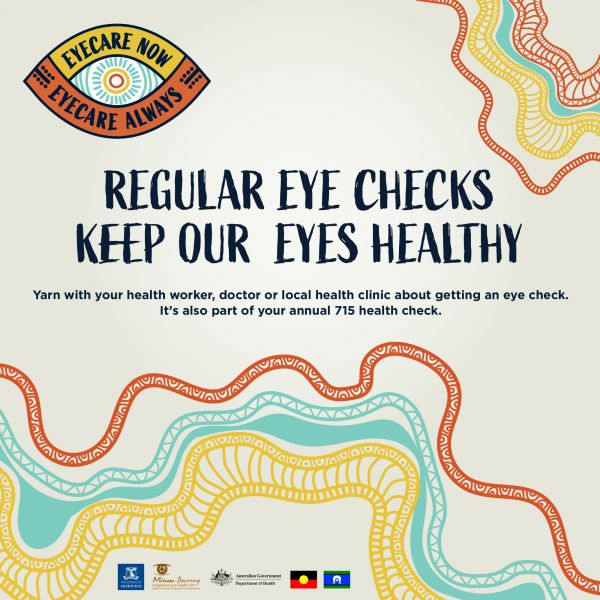 Some incredible well-known community members or ‘eye health heroes’ from a diverse range of disciplines and communities feature in the ENEA resources including:

Images: Behind the scenes photos from the filming on Country with each of the members or ‘eye health heroes’.

The ENEA video resources aim to showcase the way in which each of these community members use their eyesight, highlight the importance of keeping up with regular eye checks, and amplify their amazing leadership and voices to a wider audience.

I really am pleased to be part of this project, because eye health is really important to me, I literally have bi-focals so I actually do have to get regular eye checks!

The ENEA resources were developed to acknowledge the incredible regional and cultural diversity of Aboriginal and Torres Strait Islander communities and encourage widespread use of and local community adaptations to raise awareness on the importance of regular eye checks, and the eye conditions, cataract and refractive error. A range of creative community adaptations of the messages and images can be applied to the poster templates or developed into new promotional materials.

Further details on community adaptations can be found here To acknowledge the contributions and celebrate the completion of the initial phase of the journey to develop resources to promote regular eye checks, IEHU celebrated the launch of the resources at Big Esso by Mabu Mabu in Federation Square on 14 December 2022, where the filming with Nornie Bero took place on Wurundjeri Country. Nornie is the owner of Big Esso by Mabu Mabu.

The launch was an amazing celebration of the achievements made by the Project Steering Group, Advisory Group, eye health heroes, and the project leads, and the many others that contributed. As a community member and aspiring optometrist, I reflected on the last couple of years and seeing the existing ‘Check Today, See Tomorrow’ and ‘Clean Faces, Strong Eyes’ resources and how strong they are, and I thought how do we get there? Being a part of this journey has certainly helped my understanding of all the strategies and moving parts of all that it takes, where mob’s voices, stories and guidance lead the way

Photos from the launch: 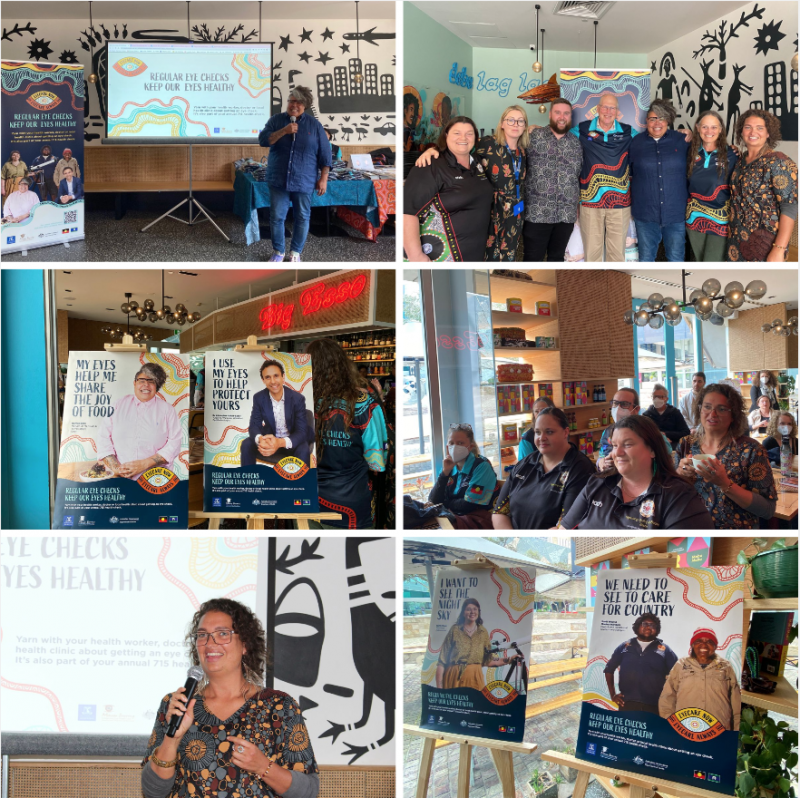