Prisoners are excluded from the NDIS – here’s why it matters 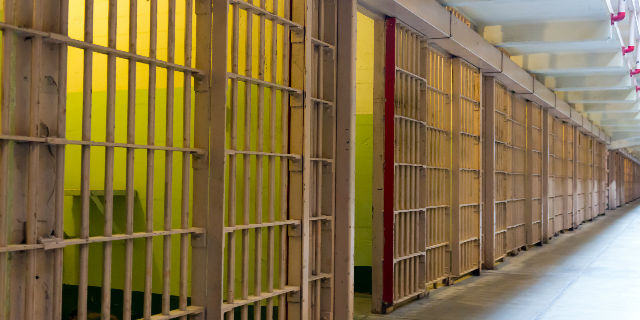 The National Disability Insurance Scheme (NDIS) is designed to provide access to personalised supports and services for all Australians with a disability. However, the NDIS specifically excludes prisoners.

Inadequate disability-specific services in prison make this exclusion inconsistent with conditions in the United Nations’ “Mandela Rules”. These set out minimum requirements for the treatment of prisoners. They state health care in prison must be equivalent to that in the community.

Excluding prisoners from the NDIS is also inconsistent with Articles 12 and 13 of the UN Convention on the Rights of Persons with Disabilities. These state that people with disabilities must have equal legal capacity with others in all aspects of life. This includes equal access to, and within, the justice system.

Australia ratified the UN convention in 2008 and the optional protocol in 2009. In December 2015, Australia and all other members of the UN General Assembly unanimously adopted the Mandela Rules.

This means the federal government, by excluding prisoners from the NDIS, is discriminating against prisoners with a disability in direct contravention of our international human rights obligations.

Without appropriate support, disability can increase the risk of incarceration. Nearly all forms of disability are more common among prisoners than the general population. A study of inmates across Queensland estimated one in ten prisoners had an intellectual disability – although inclusion of cognitive and psychiatric impairment dramatically increases the proportion with disability.

People with a disability are particularly vulnerable to manipulation or assault in prison. They also experience decreased access to prison services and activities.

The rate of Indigenous incarceration is around 13 times greater than that of non-Indigenous prisoners. This inequality gap increased by 50% between 2001 and 2016.

The true magnitude of the inequality is actually even greater. That’s because estimates are based on a daily snapshot of the prison population and Indigenous people churn through this system at a faster rate than non-Indigenous people.

A lack of consistent care likely perpetuates the inequalities that Indigenous people experience prior to incarceration.

More likely to return to custody

Transition to the community requires people with a disability to adapt rapidly to new circumstances and interact with a complex service environment.

Our recent research found the majority of prisoners with intellectual disability likely remain unidentified and unsupported when they return to the community. They often lack the capacity to look after their health, including through access to health services.

The federal government has repeatedly refused to reconsider a clause in the Health Insurance Act (1973) that excludes prisoners from Medicare and PBS subsidies. A similar exclusion exists in the much-maligned US prison system.

This inequity persists despite calls from the Australian Medical Association, Public Health Association of Australia and others for reform.

The NDIS exclusion is yet another substantial barrier between disability service providers and prisoners. By implementing this exclusion, the government is flying in the face of compelling evidence that interruptions in care for people with a disability increase the risk of poor health and re-offending.

Effectively meeting the health, social and cultural needs of Indigenous people with a disability in custody is central to ending the cycle of incarceration and closing the gap. The government’s decision to actively exclude prisoners from the NDIS will exacerbate an already unsettling track record of contravening the human rights of Indigenous Australians.

This article first appeared on the Conversation on 19th January 2017. View the original article.