A study by researchers from the Centre for Health Policy titled ‘Revisiting the Christmas holiday effect in the southern hemisphere’ has been referred to by media outlets around the world. 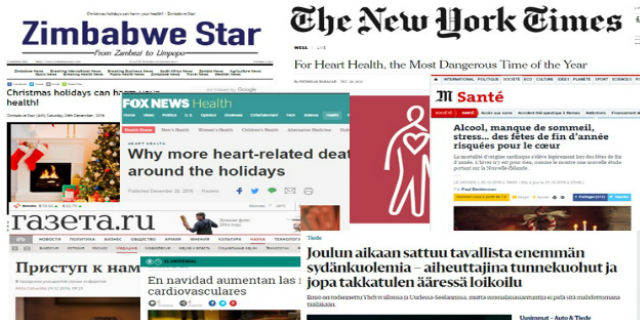 The study has been widely reported internationally by more than 95 media outlets including: