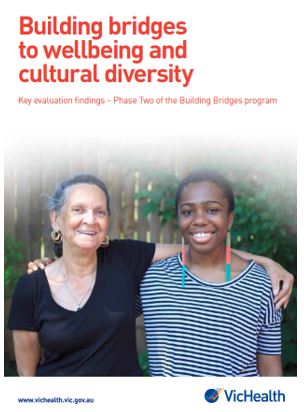 The Building Bridges program was developed in 2006 and implemented in two phases. In the first phase, community organisations, schools and workplaces across Victoria were invited to submit funding applications for projects that supported contact between cultural groups under the conditions described above. Forty projects were funded for between six and 18 months.

At the completion of these projects, five promising projects were selected for further development and funded for an additional three years. These projects focused on children and young people. Participating organisations were offered professional development and support from VicHealth.

Promising practices for future programs were: