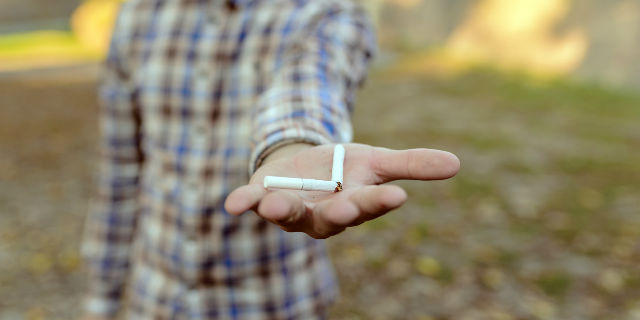 Rates of tobacco smoking are extremely high among people cycling through Australian prisons. In 2015, it was estimated that the prevalence of tobacco smoking in prison entrants was estimated at 74%. People with histories of incarceration experience disproportionate rates of smoking-related health problems including cancer, chronic obstructive pulmonary disease, and cardiovascular disease; these disparities are often compounded by entrenched socio-economic disadvantage.

Correctional authorities in Australia and elsewhere are progressively implementing smoke-free policies that prohibit tobacco smoking on prison grounds for both people who are incarcerated and prison staff. However, correctional smoking bans are insufficient to maintain smoking abstinence after release from prison. Interventions to prevent relapse to smoking after release from smoke-free prisons are urgently needed. The SQuARe trial is a double-blinded, multi-site, randomised control trial of an intervention designed to support continued abstinence from smoking among previously smoking adults released from smoke-free prisons in Victoria.

The project aims are to evaluate the effects of a brief smoking cessation support intervention on:

In addition, among those who relapse during follow-up, we will measure time to first relapse, intention to quit, quit attempts, and tobacco consumption.