Sexual and gender-based violence in the refugee crisis 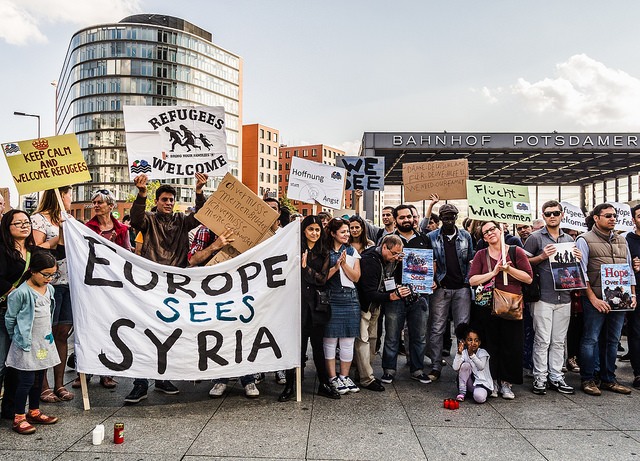 Sexual and gender-based violence in the refugee crisis: vulnerabilities, inequalities and responses is a four-country study on SGBV against refugees from Syria and Iraq.

A number of organisations supporting refugees throughout their journeys have highlighted extraordinary levels of SGBV experienced by refugees. Taking place during conflicts, throughout refugees' flight, in camps and detention centres, these violent acts often go unreported and their effects untreated. This research aims to understand the nature and incidence of SGBV experienced by migrants fleeing unrest in order to develop appropriate treatment and service responses. There will be particular focus on how the health consequences of these experiences are diagnosed and treated and shape inequalities in different countries of refuge.

The scale of migration experienced across Europe and the lack of available resources has not allowed for the development of suitable treatment, with facilities and services often lacking. Many women are also reluctant to report such incidents for fear of reprisals and  disbelief amongst authorities. This compunds their trauma and can lead to further mental health problems as a result. The research aims to identify the points at which refugees are most vulnerable to SGBV and establish methods for the systematic recording of reported incidents of SGBV. The project also aims to identify the most effective treatment and support in assisting those affected by SGBV as well as highlighting the long term impacts on their well-being, ability to settle and equality of outcomes.

Melbourne Social Equity Institute and Foundation House (Australia), Doctors of the World, the Women’s Refugee Commission and the Association for Solidarity with Asylum Seekers and Migrants.

The Europe and Global Challenges Initiative funded by the Volkswagen Foundation, Wellcome Trust and Riksbankens Jubileumsfond, 2017 -