Sonja Firth of the University of Melbourne Bloomberg Data For Health Initiative trains roving armies of health workers in Rwanda and Myanmar to conduct Verbal Autopsies. 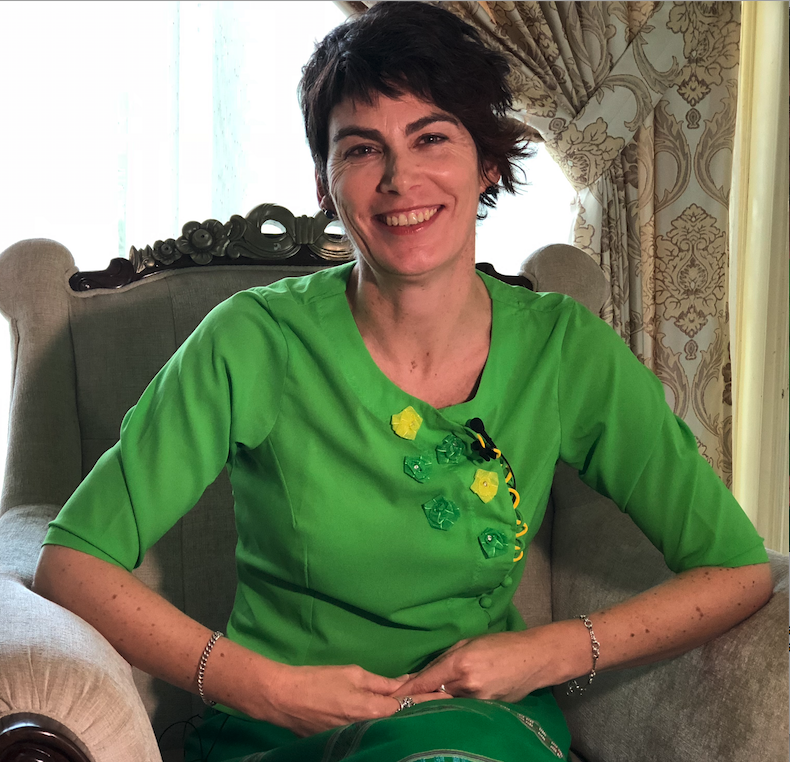 It’s surprisingly tricky to establish what people die from in parts of the world where most people die at home. Since 2016, Sonja Firth has been training a roving army of midwives and other local health workers in Rwanda and Myanmar, to conduct Verbal Autopsies (VA).

It requires crafting a series of questions that are sensitively worded, easy enough for grieving relatives to grasp, and culturally and linguistically appropriate – yet clinically precise – to capture causes of death. From there, the data is analysed and needs to be fed into each country’s civil registration and vital statistics system – in itself a major IT undertaking.

“I’m not particularly technically savvy, so this has been a steep learning curve for me: understanding tablets, data storage and transfer and how to transfer this knowledge to front-line staff working in some challenging, often remote places.”

Rwanda and Myanmar were essentially the test beds for VA, which had until then only been used in small research settings or disease surveillance sites – and had certainly not been linked to national mortality data collection. Sonja arrived early in 2016, just as this work was starting worldwide as part of the Bloomberg Data for Health (D4H) Initiative run out of the University of Melbourne together with partners in the US.

“In most of the countries we’re working in, the majority of deaths are community deaths. Rwanda it’s about two in every three deaths, and Myanmar, eight in ten. If you don’t have good information on those deaths, you’re missing a massive proportion of them.”

Whilst a lot of the challenges countries face relate to systems-level issues, I am always encouraged by what can be achieved at the ground level

Not to mention forgoing information that would determine whether public health spending is hitting the mark. Even now, preventable diseases, such as diarrhoea, are among the global top 10 causes of death, while a surprising proportion of deaths in developing countries are from non-communicable diseases. The contrasts between low and high-income countries are still confronting: in Japan, one baby per 1 in 1000 dies within 28 days of being born, while in some of the world’s poorest countries, that's nearly one of every 20 babies.

“What I’m trying to do now is get better evidence for planning instead of saying, ‘This is the data we’ve got and we should use it, and instead asking, ‘How can we get better data so that we can then use it for planning?’ ”

There is also heavy stakeholder engagement to make sure deaths are not missed or double counted, for instance, when someone dies in hospital or police custody.

“Mapping out a process and getting everyone to agree is very difficult. There’s how it should be done and how it’s actually happening, and lots of different opinions on both of those things,” Sonja says.

“You can’t do a Verbal Autopsy on deaths you don’t know about. We’re not just going in to do VA – we also have to strengthen the notification system.”

VA is an important intervention implemented through the D4H initiative at the University of Melbourne. “People think of universities as research or teaching – there’s a certain amount of teaching and research going on, but it’s with implementation in mind. The government of the country are always in the driving seat, and ultimately it is them, and the D4H in-country team, who will need to implement this intervention.

“My passion is working at the local level, helping the people that are collecting the information to understand why they’re collecting it. You get the real ‘Aha! Moments’ from people, and that’s added motivation for them to do a really good job.”

What does balance for better mean for you?
It means understanding what can be influenced and what cannot. When we are providing technical support to countries this has to be done within the context and with respect for their current systems. You have to balance the ambitions of the initiative you are implementing with the priorities of the country you are working in for progress to be made. There are no shortcuts to this.

What’s surprised you most in your career?
Having to perform the macarena as an ‘energiser’ during a training session.

What myths have you busted or would like to see busted?
Whilst a lot of the challenges countries face relate to systems-level issues, I am always encouraged by what can be achieved at the ground level. Armed with the right information, it is astonishing what peripheral staff can achieve in their own local area. I’ve seen staff using their evidence-based information to argue for increased resources. I’ve also seen changes in practice as a result of a new understanding of why the data is collected in the first place. We sometimes forget these ‘small’ wins as we strive for the more elusive goal of systems change.

Find out more at the CRVS Knowledge Gateway.