By Andrew Trounson, University of Melbourne

For the first time large-scale empirical research has linked notions of what it is to be a man with suicidal thoughts, which the researchers argue puts a spotlight on the societal attitudes that may be putting men at greater risk of taking their own lives.

The study of almost 14,000 Australian men found that those who strongly identified with being self-reliant, a trait traditionally associated with maleness, were significantly more likely to report thoughts of suicide or self harm. 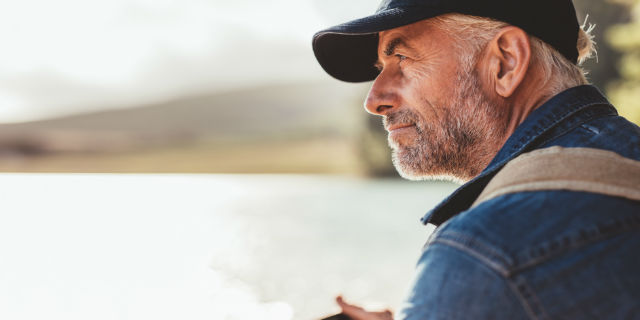 Lead researcher Professor Jane Pirkis, director of the University of Melbourne’s Centre for Mental Health, says the results reinforce the need for health services to better engage men who, as a group, are less likely to seek help. But she says the bigger message is that we need to question the expectations society is putting on men, such as expecting men to be tough.

“The challenge goes beyond mental health policy and suicide prevention policy. The issue is more to do with our society,” says Professor Pirkis, who was one of the drivers behind the ABC’s Man Up documentary last year that explored the links between masculinity and suicide. Man Up was funded by men’s health charity The Movember Foundation.

“Notions of masculinity aren’t just dreamed up by individuals, they are imposed by society from childhood in quite subtle ways,’’ says Professor Pirkis. “So if a sense of needing to be self-reliant is an issue for some men, and some women also, we as a society need to think about how we are bringing up our boys and girls. Even today boys are told not to cry and young men are told to toughen up.”

While women have higher rates of attempted suicide, men are three times more likely to actually die from suicide. While six out of every 100,000 women take their own lives each year, the rate for men is 18.5 in every 100,000.

Men’s propensity to use more lethal methods of suicide, combined with higher levels of alcohol abuse, may partly explain the discrepancy, says Pirkis. While it has long been thought that men’s sense of what it is to be a man may also be putting men at risk, until now she says there had only been limited empirical evidence supporting such a correlation.

“The large size of the cohort puts this study at the forefront of research linking a particular element of traditional masculinity – self-reliance – to suicide risk,” she says.

The study, published in Social Psychiatry and Psychiatric Epidemiology, uses Australia’s Ten to Men longitudinal study of 16,000 men and boys aged 10-55 that started in 2013-14. Funded by the Australian Government’s Department of Health and conducted by the University’s Melbourne School of Population and Global Health, it is the largest longitudinal study of the health of men and boys in the world.

The researchers analysed data from 13,884 members of the Ten to Men cohort aged between 18 and 55 and their responses to the Conformity to Masculine Norms Inventory questionnaire, to assess how closely these men aligned along 11 “norms” that have traditionally been associated with maleness.

These “norms” included measuring men’s attitudes to work, dominance, risk-taking, heterosexual presentation, power over women, emotional control, playboy-like attitudes, attitudes to violence, the importance of pursuing status and winning, and finally the importance of self-reliance. The researchers then compared these results with how the men had responded to a separate health survey that included a measure of suicidal thinking.

While researchers found no significant correlation between suicidal thinking and ten of the male norms, they found a strong correlation between such thoughts and men who believed strongly in the importance of being self-reliant. Such men had 34 per cent greater odds of reporting thoughts of suicide or self-harm. The association remained strong even after controlling for other significant suicide risk factors such as depression, stress, alcohol use and not having a partner.

“We were immediately struck by the strength of the relationship between self-reliance and suicidal thinking, even after controlling for the classic risk factors,” Professor Pirkis says. “Obviously there are plenty of self-reliant men doing just fine and self-reliance as a quality is a positive thing in many ways. But our research suggests that there is also this risk associated with it.”

She says her confidence in the finding was reinforced by the results confirming that the already established risk factors for suicide were also highly correlated with suicidal thinking among participants. For example, men who had sought treatment for depression in the last 12 months were four times more likely to report suicidal thoughts, while men reporting harmful alcohol use or not being partnered had 41 per cent greater odds of reporting suicidal thoughts.

Professor Pirkis says it is easy to understand how a strong sense of self-reliance could make someone more vulnerable to self-harm if it means they aren’t seeking help or are blaming themselves. The self-reliance questions in the survey specifically asked the men how strongly they agreed with statements such as “I never ask for help” and “it bothers me when I have to ask for help.”

Co-researcher and independent men’s health consultant Tass Mousaferiadis says a strong sense of self-reliance could potentially undermine someone’s ability to cope mentally when things go wrong and beyond their control. “If you think about self-reliance and what it means to men in providing for themselves and their families, and then you overlay that with things going off the rails, such as when people lose their jobs, then you can easily see how a strong sense of self-reliance could make it difficult to cope,” he says.

Mr Mousaferiadis, a former Men’s Program Leader at beyondblue, a not-for-profit that provides support and advocacy in tackling depression and anxiety, says a strong sense of self-reliance among many men may help explain why men are less likely than women to seek medical help. He suggests one way of tackling that reluctance could be to acknowledge the psychological importance of self-reliance in people by allowing patients a greater sense of control when they interact with health services.

“A lot of the traditional health service approaches can be quite emasculating,” Mr Mousaferiadis says. “At beyondblue we learned that if we simply encouraged men to seek help, they just ran away. But when we reframed the language to make it more active and empowering, then it would make a difference. So we stopped talking about help and therapy, and instead talked about taking action and taking control of your health.”

Professor Pirkis says Ten to Men provides the researchers with the opportunity to continue to track over time the association between notions of masculinity and suicidal thoughts. It also provides an opportunity to track how men’s own views on masculinity are changing and whether perhaps such changes can be linked to improvements in men’s health.

“If we can continue to track suicidal thinking in Ten to Men we will be able to see whether there is any change in attitudes to stoicism and self-reliance, and whether those changes reduce the levels of suicidal thinking. It is why such longitudinal studies are so important.”

The first wave of Ten to Men was carried out in 2013 and a second wave has just been completed. A third wave is planned for 2018 subject to future government funding.

First published on 20 March 2017 on Pursuit. Read the original article.