Data for Health - 18 countries and one billion lives

Bloomberg Philanthropies' global health partnership is changing how health data is being collected and used in low and middle-income countries. The University of Melbourne, together with international partners, will be collecting critical health data in 18 low and middle-income countries in Southeast Asia, Sub-Saharan Africa and Latin America, and helping governments make informed decisions about public health priorities and programs.

This has been made possible by Bloomberg Philanthropies, who have committed $100 million over four years to the Data for Health initiative - with co-funding from the Australian Government Department of Foreign Affairs and Trade (DFAT) - to improve health data in Bangladesh, Brazil, China, Ecuador, Ghana, India, Indonesia, Malawi, Morocco, Myanmar, Papua New Guinea, Peru, Philippines, Rwanda, Solomon Islands, Sri Lanka, Tanzania and Zambia.

Each year millions of people around the world die from preventable conditions such as diabetes, high blood pressure, heart disease, cancer and chronic lung disease. The World Health Organization estimates that 65 per cent of deaths worldwide (35 million each year) are undocumented. This lack of data makes it difficult for countries to understand and address public health problems, monitor risk factors and direct resources to areas of most need.

In Australia, Laureate Professor Alan Lopez AC at the Melbourne School of Population and Global Health is making a key contribution to this public health research effort. He is leading a team of global experts, who will collect and evaluate birth and death data in these countries, assess public health systems, train staff and implement improvements. 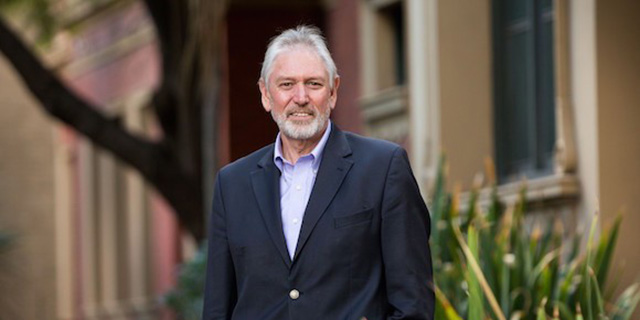 “If you make policy decisions without knowing why and where people are dying, you are missing a great opportunity to improve population health,” Professor Lopez says.

I’d like to see in 4 years’ time that we have seriously changed practices for better data collection, so that countries can critically appraise data, improve it and use the information to guide policy.”

The Data for Health initiative allows partners to transfer expertise and knowledge to resource-poor countries and provide governments, aid organisations and public health leaders with the tools and systems to better collect data and use the information to develop policies, prioritise health concerns  and resources, and measure the success of healthcare programs.

In addition to recording birth and death information, the researchers are using mobile phones - which are commonly used in developing countries - to conduct national health surveys. They will track major risk factors for early death, including lifestyle-related conditions that are caused  by tobacco use and poor nutrition. Rather than collecting face-to-face surveys, which are time and resource intensive, they will use mobile phones for this purpose. The global health researchers could potentially reduce the time to carry out a survey from two years to less than six months.

This amazing program has the potential to impact a billion lives.

“By coordinating global efforts, working with committed countries, and highlighting innovative practices that can be replicated around the world, Data for Health can benefit billions of people,” says Michael R. Bloomberg, founder of Bloomberg Philanthropies and media company Bloomberg LP.