A chip off the DNA block 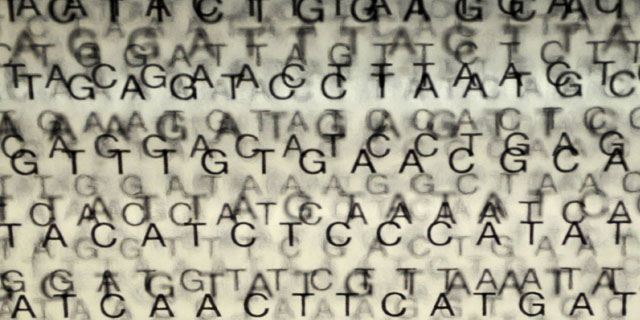 Researchers at the University of Melbourne are looking at what in our DNA can signal genetic susceptibility for certain cancers.

Professor Mark Jenkins, from the Melbourne School of Population and Global Health, has analysed 45 genetic variants that indicate increased risk of bowel cancer. These are known as single nucleotide polymorphisms or SNPs (single DNA bases that vary between individuals).

Since many bowel cancers can be prevented when still in a pre-malignant polyp form and can safely be removed without surgery, knowing where patients are along the spectrum of genetic risk could save lives.

“If we identify and measure enough genetic risk factors and test the population, we can identify those at high and low risk of the disease and offer them screening appropriate to their risk,” says Professor Jenkins, who heads the Centre for Epidemiology and Biostatistics.

Bowel cancer is the second most diagnosed cancer in Australia, and the third in the world. Getting the right people screened at the right time is essential to improve diagnoses and survival rates.

“People in the middle risk category could continue with standard screening which begins at age 50 years,” says Professor Jenkins.

Considering SNPs alongside family history and lifestyle factors such as high BMI or smoking, provides a stronger indicator than considering these factors in isolation. This means that at-risk people can be enabled to change some lifestyle factors that may exacerbate any genetic predisposition.

SNPs can be used to estimate disease risk across populations. The more SNPs that can be correlated to a particular cancer risk, the more sophisticated and targeted the prevention strategy. At the moment, SNPs correlated with risk factors number in the dozens, but there is no doubt that the number will increase as more susceptibility SNPs are discovered.

The race is not counting how many risk SNPs we can identify, but how many are meaningful in identifying who is at risk of disease.

Along the corridor in the same research centre, Professor John Hopper and his team are looking at how SNPs, lifestyle factors and family history combine to create a risk scoring system. The latest score, published in Cancer, Epidemiology, Biomarkers & Prevention, determines a woman’s overall risk to the disease pathways specific for breast cancer, which number in the hundreds.

The distinction is important, according to Professor Hopper, whose paper looks at 77 SNPs and other determinants such as family history that can identify pathways to breast cancer.

The idea is not to find out which SNP or which gene is involved but which pathway to disease is involved.

Many people already know anecdotally whether they are a breast cancer family, a diabetes family or heart disease family for example. But understanding family history alongside an individual’s underlying genetics in this scoring model, can lead to earlier screening and intervention, and someday, personalised prevention.

“People who have a family history and are concerned about their risk are being sent to cancer family clinics for testing. Most don’t find out what is the cause in their family and there is a lot of uncertainty – their risk could be very low or very high, and this is where SNPs can be really valuable and determine what their risks really are,” says Professor Hopper.

For women with family histories of breast cancer, screening can inform their decision to undertake preventative mastectomies.

With more susceptibility SNPs and their correlation to disease being analysed by scientists using larger samples, it is very possible that in the not too distant future, genetic testing to predict the risk of disease could become part of a routine GP check.

This could open a door to doctors and patients alike to prevent disease before it begins.