Collaboration between service providers and working with existing programs is having an impact in providing culturally appropriate eye care in a metropolitan area.

This 'Share Your Story' was written by Liz Senior and Vanessa Murdoch, EACH.

EACH historically stood for Eastern Access Community Health. Over the years, EACH has expanded to become national community health service, known simply as EACH. In partnership with the Australian College of Optometry (ACO), EACH offers free eye testing for the Aboriginal and Torres Strait Islander community in the Eastern suburbs of Melbourne. Uptake of these appointments has traditionally been low.

EACH was invited to join the Eastern Metropolitan Melbourne Aboriginal Eye Health Regional Stakeholder Group. This group includes representatives from a range of health services in the Eastern metro region, is co-chaired by Oonah Health & Community Services Aboriginal Corporation and Mullum Mullum Indigenous Gathering Place and supported by the Eastern Melbourne Primary Health Network. A senior health promotion officer from EACH was appointed to the group to assist in implementing the group objective of improving access to, and use of, eye health services in the region.

To increase the number of Aboriginal and Torres Strait Islander community members receiving eye screening in the eastern suburbs of Melbourne, EACH with the ACO created the Bunjils Mirring Nganga-djak project. The aims of the project are: 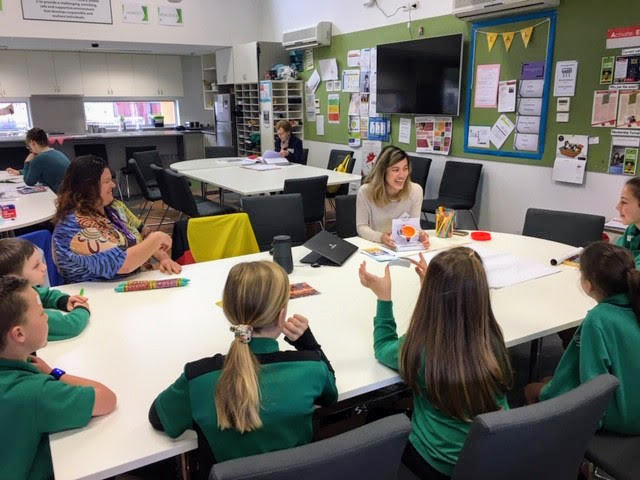 This involves bringing an ACO optometrist to the school to examine the eyes of the Aboriginal and Torres Strait Islander students, and providing glasses through the Victorian Aboriginal Subsidised Spectacle Scheme (VASSS). The two health promotion officers and the optometrist also provide eye health information before the eye tests, and the students have been engaged in designing culturally specific posters to promote eye testing for Aboriginal and Torres Strait Islander children and youth. A set of 5 posters were created by the students participating in the Journey Tracks Cultural Health and Wellbeing Program. 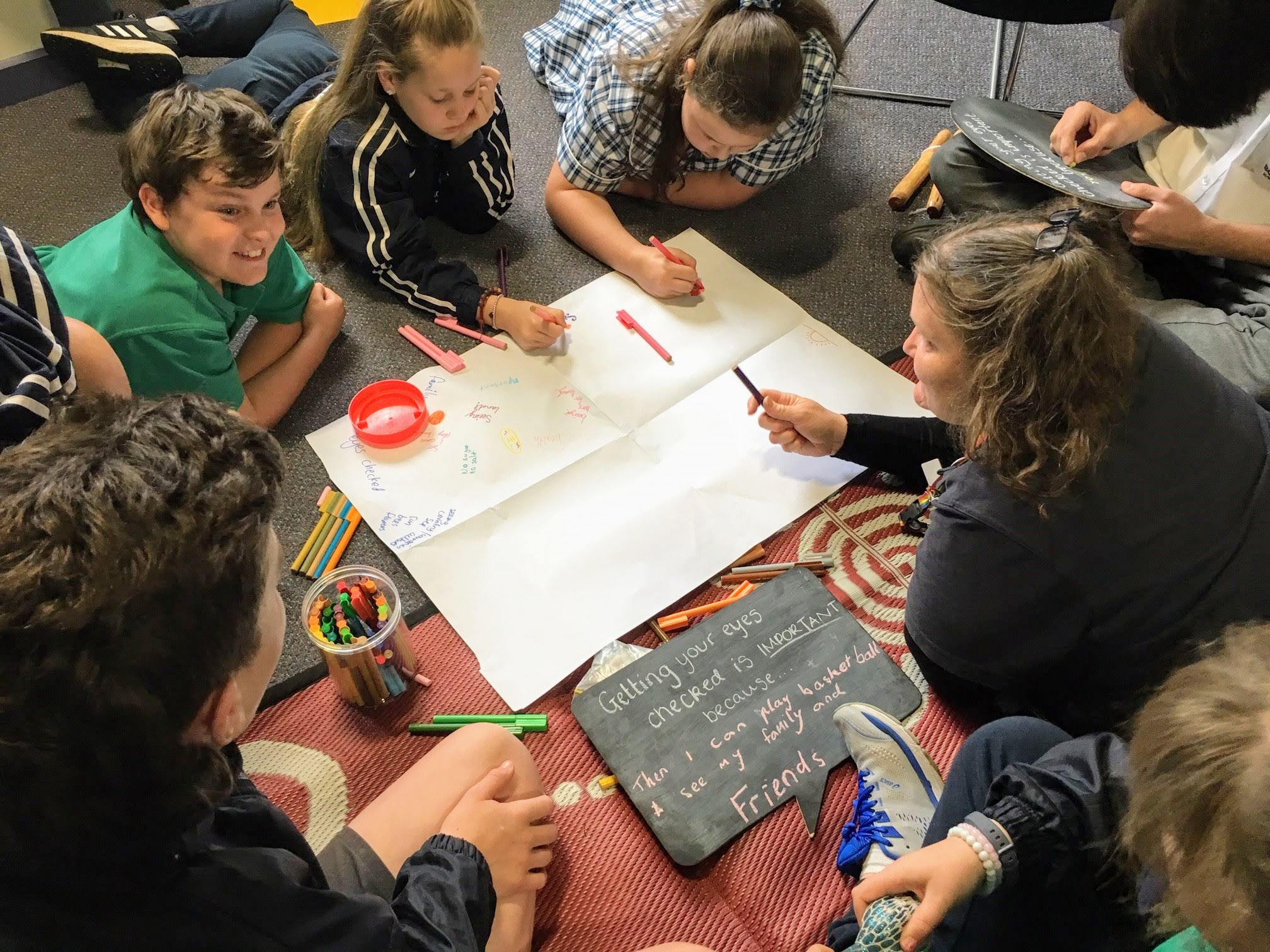 A grant was also obtained from the Knox Council Community Development Fund to have the posters printed. Ten sets of 5 posters have been printed for distribution to the schools participating in the program. PDF versions of the posters are also available to download print out. 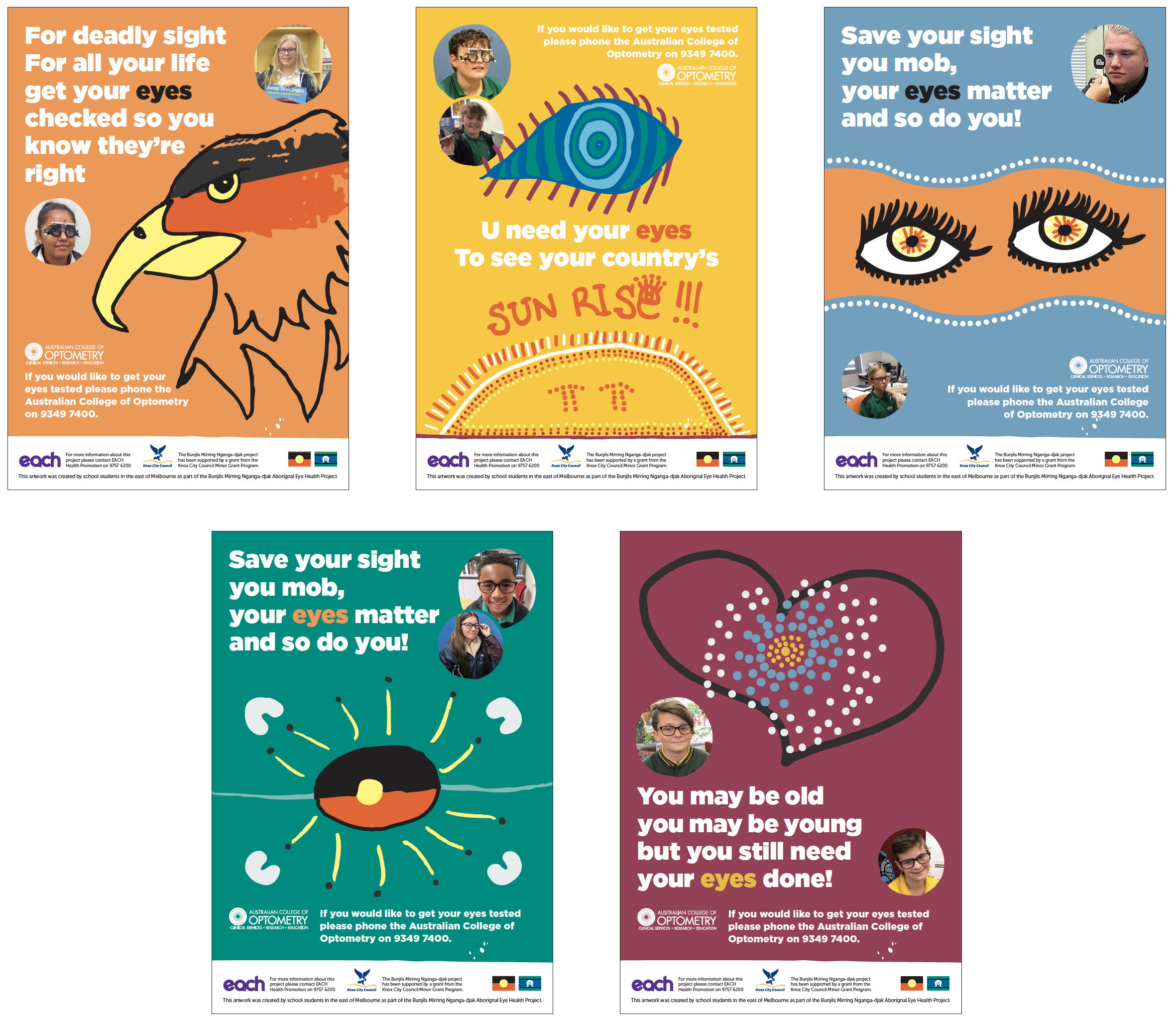 To reach out to adults in the Aboriginal and Torres Strait Islander community, and to increase the number of optometry appointments at the EACH Optometry clinic (staffed by an ACO optometrist), we also developed a short film featuring local Aboriginal and Torres Strait Islander community members, promoting eye testing. This film was launched at the ‘Healthy Mob Day’, a health promotion day organised by Mullum Mullum Indigenous Gathering Place. After the film was shown, 10 people signed up for eye testing. The ACO optometrist visits EACH twice a month. At every visit at least one appointment is reserved specifically for members of the Aboriginal and Torres Strait Islander community, to ensure that if they phone for an appointment, there is one available for them. You can view our video below or here.

Ngarrang Gulinj-al Boordup Team (Aboriginal Health & Wellbeing) at EACH, who provide care coordination to Aboriginal and Torres Strait Islander clients, have also been part of the Eastern eye health group and are actively involved in both promoting the importance of eye health and supporting their clients to access eyecare services

Thirty-one Aboriginal students in four schools have been screened. Twelve of those students (39%) required glasses and have received them through the VASSS. Anecdotally there has been an increase in the amount of Aboriginal and Torres Strait Islander peoples getting their eyes tested at the EACH Optometry clinic. We are still waiting on confirmation of these figures.

There have been some challenges along the way. Due to Journey Tracks Cultural Health and Wellbeing Program, EACH already had access to a number of schools. However getting optometry screening permission forms returned from parents and guardians has been a challenge for many schools. Due to the fullness of school calendars, it can be difficult to find a day when all of the students are available for screening. Some schools have also found it difficult to allocate an appropriate darkened room for the optometrist.

Despite 10 people signing up at the 'Healthy Mob Day' to have eye screening, only two of these people have attended the EACH eye screening clinic at the time of writing. For future health days, we need to have a mobile optometry clinic on site to be able to offer screening when the people are available. Some students who received glasses through the program also need follow up care. However, as they are not clients of EACH, the process for follow up is more complicated. In future the parents or guardians of these students need to be phoned and encouraged to register through EACH intake. They can then be supported by the Aboriginal Health Team.

Being part of the Eastern Metropolitan Melbourne Aboriginal Eye Health Regional Stakeholder Group has provided impetus and direction for this project. Working in collaboration with the ACO has made this project possible. They have provided the optometrists to go to the schools and technical support for the two health promotion officers. Working with an Aboriginal Health Promotion officer, who already has a presence in schools, has provided wide acceptance of the program. Utilising the VASSS program means that all of the students who need glasses receive them. The glasses are sent to the EACH health promotion officers who then go to the schools and give the glasses to the students. Future plans include continuing to work with schools in the eastern suburbs to expand the number of students receiving eye screening; distributing the eye health posters designed by the students; attending the Close the Gap for Vision national conference; and obtaining up to date data from the ACO on the number of  Aboriginal and Torres Strait Islander peoples attending the EACH Optometry clinic to get a clearer idea of the increase of people using the clinic.