The 2022 National Aboriginal and Torres Strait Islander Eye Health Conference was a fantastic event and the trachoma team were thrilled to be a part of it and to hear from such strong First Nations voices. The 2022 event saw a record number of trachoma-related presentations being delivered.

Acacia Lewis, the Healthy Housing Officer based at Central Australian Aboriginal Congress (CAAC) presented alongside Nick Wilson from the IEHU trachoma team about the Central Australia Healthy Housing Project. Acacia introduced herself in language, which grabbed the audience’s attention from the get-go and provided valuable perspectives from her work on the ground in a number of Central Australian Aboriginal communities. Acacia’s presentation included an overview of the project as well as some initial key findings. Image: Nick Wilson and Acacia Lewis presenting to the plenary

Fiona Lange from the IEHU trachoma team presented a recent co-designed study with Ninti One to explore why 70% of 1-4 year old’s in some communities with endemic trachoma have a lower rate of facial cleanliness. Ninti One’s Aboriginal community researchers are trusted experts in accurate and honest engagement with community members about complex issues. Themes and factors that influenced facial cleanliness and potential strategies for positive change in facial cleanliness were found. These will help shape the next phase of trachoma elimination. You can read the report here. Mel Stoneham from the #EndingTrachoma project provided an update on work being undertaken in WA – highlighting the importance of environmental improvements to prevent trachoma. The presentation included several videos that have been produced with WA community members about trachoma transmission and the six steps to stop germs. You can watch these videos on the #EndingTrachoma website here.

Walter and Lesley from the IEH trachoma team presented about the new augmented-reality app that has been developed to promote Milpa’s Six Steps to Stop Germs. The presentation included a hands-on component where delegates were able to use the app and explore all the fun features. Watch a video that has been developed to showcase the app on the IEH website here. Download the app and everything you need to use it from the IEH website here. 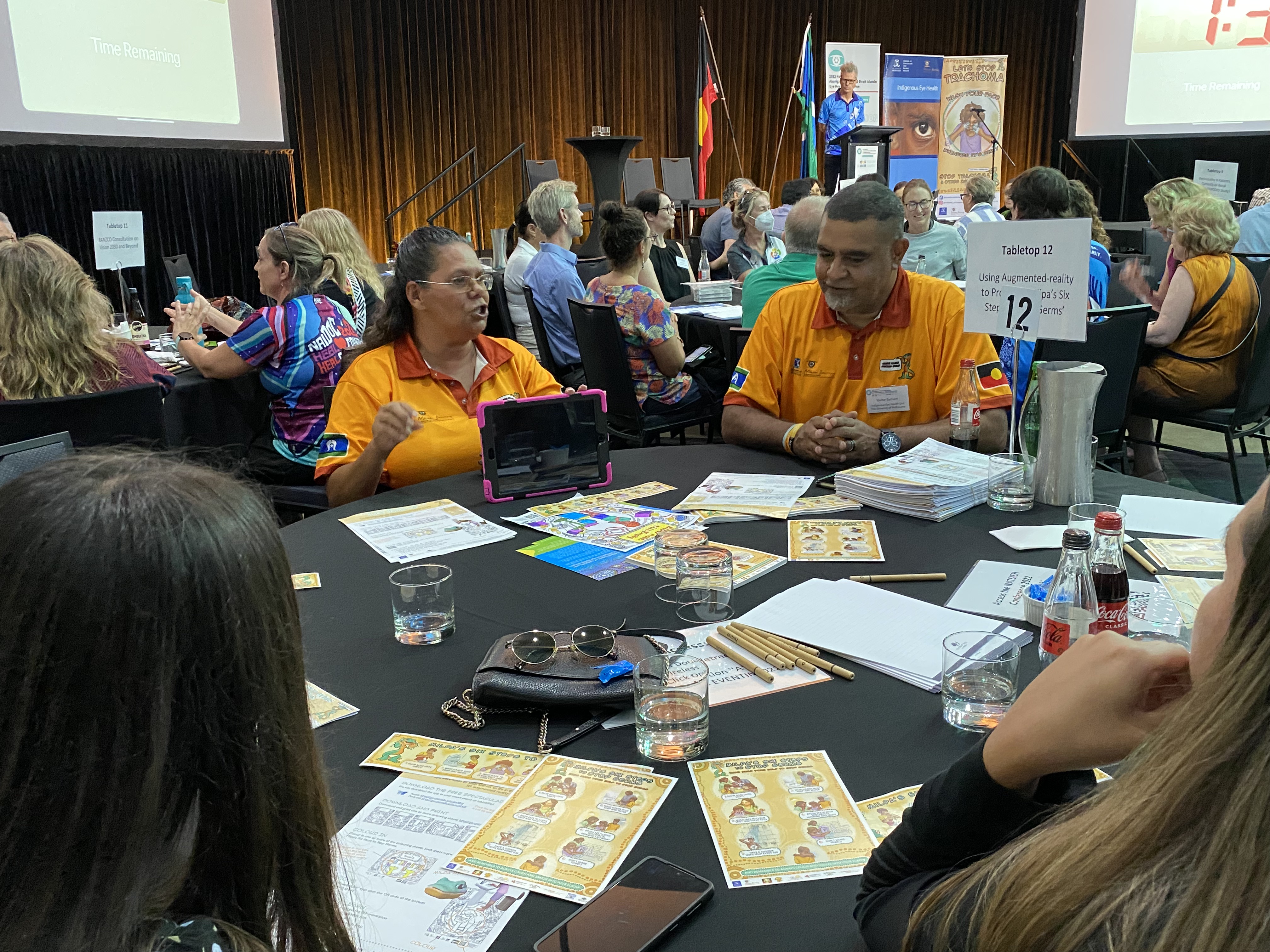