Roadmap to Indigenous eye health is closing the gap 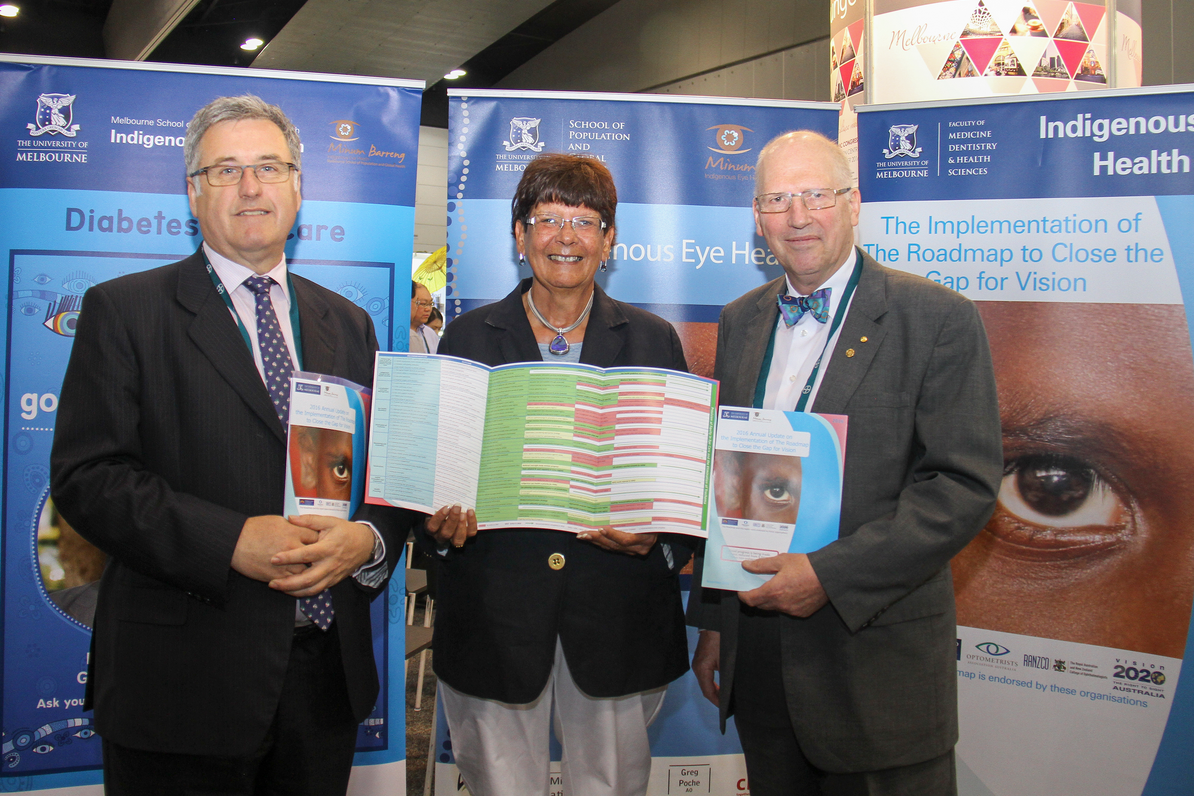 The gap in blindness in Indigenous communities has been halved since 2008 through collective implementation of the sector-supported Roadmap to Close the Gap for Vision, according to a report launched today.

Eleven of the 42 recommendations have now been fully implemented, with almost two thirds of all activities completed.

“In terms of regional implementation of the Roadmap, there has been positive engagement. We are working with 18 regions across the country covering almost half of the nation’s Indigenous population,” Professor Taylor said.

“We can report that at the beginning of this project, we found rates of blindness and impaired vision were up to six times higher than for non-Indigenous populations. This has now been halved,” he said.

“While the rate stands at three times more than the national average, this is still a very encouraging improvement. With on-going national support, we are determined to reach eye health parity with the rest of the Australian population.

The 2016 Annual Update on the Implementation of the Roadmap to Close the Gap for Vision was launched by Ms Patricia Turner, Chief Executive Officer,

In his role as Chair of Indigenous Eye Health, Professor Taylor is also working with Indigenous leaders, partners and members of the community in a mission to eliminate trachoma in Australia.

“Since 2008 rates of trachoma in children in outback communities has fallen from 21% to 4.6%. “We are really seeing some striking progress but we still need to focus on the hot spots.”

“The 2016 Roadmap update shows we are making great progress and are on track to close the gap for Indigenous vision completely in the next four years.”