Seminar: ‘Is life worth living?’ The role of masculinity in the way men aged over 80 talk about living, dying and suicide 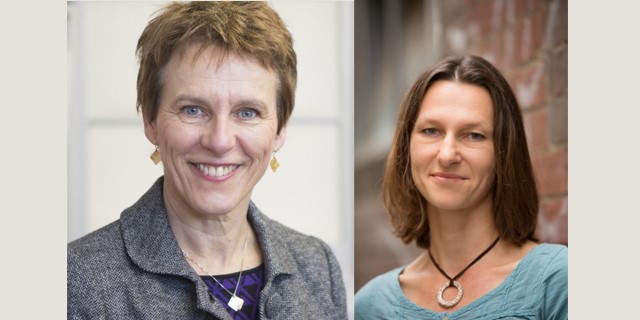 Dr Briony Dow is Director of the National Ageing Research Institute (NARI) and Honorary Associate Professor in the Centre for Health Policy at the University of Melbourne. She is involved in a range of research projects at NARI, focusing on mental health, aged care and elder abuse. Briony has been at NARI for 16 years during which time she has published over 70 peer reviewed publications and over 30 major reports to government. She is past President of the Australian Association of Gerontology (AAG) and she is on the AIHW Aged Care Data Advisory Group.

Dr Marisa Schlichthorst is a research fellow at the Centre for Mental Health. She has a multi-disciplinary research background with a PhD in business, social sciences. She has worked in men’s health research since 2011 and was involved in several Australian landmark research projects including the development of the Australian Longitudinal Study on Male Health and the Man Up project. She currently works on the National Leadership in Suicide Prevention Research program across a range of evidence building activities.

Men aged over 85 have the highest rate of suicide of any age or gender group in Australia. This seminar presents findings from a study that sought to understand the role of masculinity, health and lifestyle factors in the suicidality of older men. Thirty-three men aged 80 years or older participated in a qualitative study via either a focus group, interview or survey. Strong themes of masculinity were evident in the way men coped with ageing, connected with others, and viewed suicide. Suicide prevention for older men may need to focus on purpose and activity rather than emotional engagement.