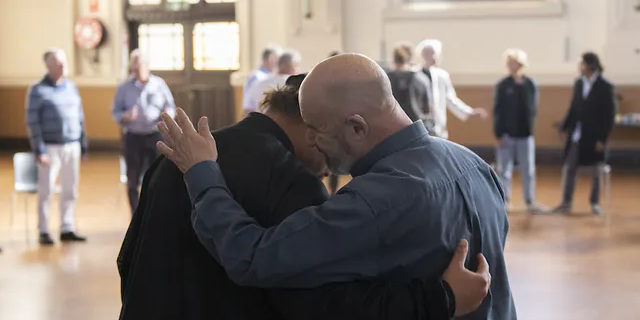 A team from the Centre for Mental Health (Jane Pirkis, Angela Nicholas, Maria Ftanou, Simone Scotti Requena, Justine Fletcher) has been working with film production company Heiress Films to develop and test a men’s mental health campaign, Boys Do Cry.  At the centre of the campaign is a music video showcasing a re-working of the Cure’s 1979 classic song Boys Don’t Cry.  The team tested the effects of the video in a randomised controlled trial involving almost 500 Australian men.  The trial showed that men who viewed the intervention video had a significant increase in intentions to seek help for mental health difficulties.

Following completion of the trial, the media campaign launched this week.  The campaign has been boosted by the Cure’s frontman Robert Smith, who tweeted the Boys Do Cry video to his 130 000 followers.

Check out the video and the campaign here.