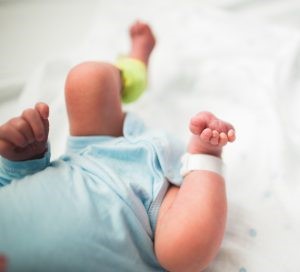 A new study led by A/Prof Ilias Goranitis and colleagues from Australian Genomics was published in the European Journal of Human Genetics. The authors surveyed members of the Australian public and parents recruited within the Acute Care Genomics study to elicit preferences and values for rapid genomic testing in critically ill infants and children with a suspected genetic condition. With rapid genomic testing, results are returned, on average, in 2-3 days, a process that used to take 3-6 months.

Survey participants showed preference for more children being diagnosed and for higher chance of improving the process of the child’s medical care and health outcomes. They also showed preference for faster return of genomic results.  The study concluded that the average monetary value of the benefits of genomic testing relative to standard diagnostic care of critically ill children is AU$9510 for rapid (2 weeks results turnaround time) and AU$11,000 for ultra-rapid (2 days results turnaround time) genomic testing.

The findings of this work can have important implications for the prioritisation and implementation of rapid genomic testing in paediatric critical care in Australia.