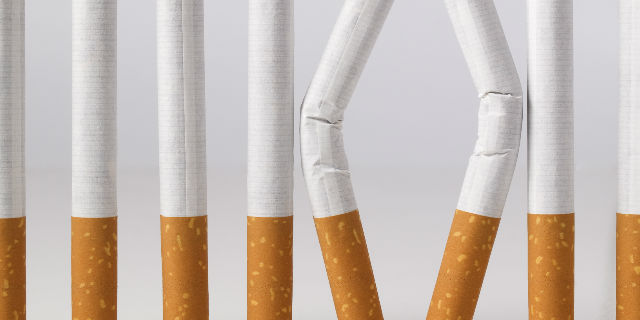 This article was first published by the Conversation on 15/08/2018. Read the original article here.

Following a ban on tobacco smoking in prisons, some Australian prisoners are creating substitute cigarettes from crushed nicotine lozenges mixed with tea leaves. More than half of the participants we sampled in our recent study have used this product, known as “teabacco”.

Around 74% of prisoners entering the system are smokers. This is partly because groups who smoke at higher rates in the community – such as people who are poor and disadvantaged, identify as Indigenous, or experience mental health or substance use disorders – are all overrepresented in prisons.

But despite not having access to regular cigarettes while incarcerated, most former prisoners (94%) resume the habit on release, and many will go on to develop smoking-related illnesses. In other words, prison represents only a temporary disruption in tobacco use for many smokers, and many are still smoking, albeit a different substance.

Simply providing nicotine lozenges isn’t enough to change the entrenched behaviour of long-term smokers. We need to provide better support for Australians in prison to quit smoking and improve their long-term health. They deserve the same quitting services as those in the community.

When was smoking banned?

Smoking has been banned in all prisons in Queensland, the Northern Territory, Tasmania, Victoria, and New South Wales since 2015. While South Australia is due to follow in 2019, smoking is still permitted in prison cells in Western Australia and the Australian Capital Territory.

Smoking bans have been well received by most Australian prisoners, with most saying they want to stay off cigarettes. Only one documented riot (at the Melbourne’s Metropolitan Remand Centre*) has coincided with a smoking ban in Australia, and an independent evaluation determined that overcrowding and inadequate fencing were also contributing factors.

However, besides making nicotine lozenges available for purchase (and patches before that), Australian prison or health authorities have not implemented any formal program to help people in prison to quit smoking, or to stay off cigarettes when they are released.

To make teabacco, prisoners first crush nicotine lozenges, which are available for sale from most prison shops. They then mix the crushed lozenges with rinsed tea leaves. This blend is then wrapped in Bible paper, which is easily obtained from prison-based ministry services.

To get a sense of how widespread this practice is, we surveyed 82 former smokers recently released from Queensland prisons about their teabacco use. More than half (57%) said they had tried teabacco while in prison. One-third (37%) had used it more than once a week, mainly to alleviate cravings for cigarettes.

Previously, prisoners in Queensland were making teabacco from nicotine patches, which were provided for free when the smoking ban was implemented. But after researchers found that smoking nicotine patches releases potentially harmful toxins, the patches were removed from all prisons.

Participants in our study described how prisoners then switched to making teabacco from nicotine lozenges instead.

Should lozenges be banned?

No, removing nicotine lozenges from prisons isn’t the answer.

Our forensic analysis of the chemical compounds of teabacco made from nicotine lozenges, published today in the journal Drug Testing and Analysis, reveals only small amounts of most potentially harmful compounds. This means that teabacco made from lozenges is actually lessharmful to smoke than commercial cigarettes.

In light of these findings, and considering that nicotine lozenges are the only quit tool available in most prisons, we caution against removing nicotine lozenges from prisons – at least until further research can clearly determine the potential harms.

A few participants in our study also reported smoking plain tea leaves when nicotine lozenges were not available, suggesting a degree of inevitability in some prisoners finding something to smoke.

Prison-based awareness campaigns may help to alert prisoners to the fact that more nicotine can be absorbed from sucking lozenges, as outlined on the dosage instructions.

How to improve prisoners’ health

Helping prisoners to quit smoking has both health and financial benefits, both for individuals and at the population level, by reducing the burden on the health system.

While most Australians can access cheaper medications to help quit smoking through the Pharmaceutical Benefits Scheme, prisoners are excluded from this scheme. This is in violation of United Nations’ “Mandela Rule” 24.1, which requires health services in prison to be equivalent to those available in the community.

Prisoners would also benefit from access to other forms of quit smoking support, such as behavioural counselling or e-cigarettes. These options help people to cope with symptoms of nicotine withdrawal and other behavioural triggers that cause smoking relapse.

Ross Coomber, Professor of Criminology and Sociology, University of Liverpool