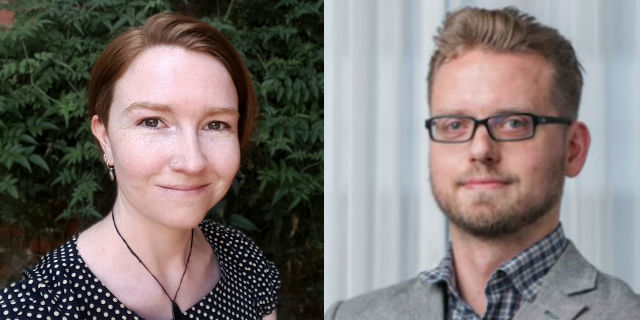 Kathryn Snow and Jesse Young of the Justice Health Unit have both recently been awarded their PhDs.

Kathryn has been working with the Justice Health Unit since 2013. Her work with the unit is investigating the epidemiology of hepatitis C and drug-related harms among people who have spent time in prison. Kathryn completed her PhD thesis through the University of Melbourne Department of Pediatrics. Her PhD was on the epidemiology of tuberculosis among adolescents in high transmission settings, particularly South Africa and the Philippines. Her work led to recognition of adolescents as a distinct priority population within global tuberculosis control efforts by Unicef and WHO.

Jesse has been working as a Research Fellow in the Justice Health Unit since 2014, and holds adjunct positions at the School of Populationand GlobalHealth at the University of Western Australia (UWA) and at the National Drug Research Institute (NDRI – Curtin University). His PhD investigated the relationship between pre-existing mental disorders and the epidemiology of health service use and health outcomes among adults released from prison. His thesis findings highlight profound inequalities experienced by adults released from prison and build a compelling case for continuity of care.

Among Jesse’s achievements during his PhD, he was awarded the best paper published by a PhD Candidate in the Centre for Health Equity in 2018 for his paper, Dual diagnosis of mental illness and substance use disorder and injury in adults recently released from prison: a prospective cohort study, published in The Lancet Public Health.