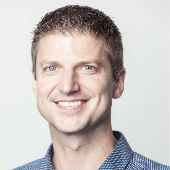 PhD  DClinPsych  PG-Dip(Psych)  BBSc  MAPS
Available for supervision at Honours, Masters and PhD levels, and for MDRP as co-supervisor

Associate Professor Rohan Borschmann is a Senior Research Fellow and psychologist in the Justice Health Unit. A former prison psychologist and probation officer, he completed his clinical doctorate in psychology in 2007 (QLD) and his PhD in psychiatry in 2014 (King's College London, UK). Rohan's research focuses on the mental health of adolescents and marginalised young people in Australia, with particular expertise in self-harm, substance use and antisocial behaviour during the teenage years. He has co-authored >115 peer-reviewed publications and secured >$15 million in competitive funding, including a 4-year Early Career Fellowship from Australia's National Health and Medical Research Council (NHMRC) to examine suicide and self-harm in young justice-involved people and other marginalised groups.

In addition to his research activities, Rohan is a registered psychologist with the Australian Health Practitioner Regulation Agency (AHPRA). During the completion of his doctoral program he worked clinically with young people in community mental health settings, substance misuse treatment settings and with the Department of Corrective Services in Queensland, in both community and custodial settings. Additionally, he worked as a psychologist at Lotus Glen Correction Centre (LGCC) in Far North Queensland (Australia’s most northerly prison), where >70% of prisoners identify as Indigenous.