At the Close the Gap for Vision by 2020: Strengthen & Sustain National Conference 2019, held in Alice Springs on the 14 & 15 March 2019, delegates heard that improvements in environmental health and housing are essential to eliminate trachoma and to reduce rates of other childhood infections that can lead to serious conditions such as rheumatic heart disease, blindness and deafness. The conference heard about good progress in reducing trachoma rates but also that there had been some stalling in remote Central Australian communities where trachoma remains endemic and will not be eliminated unless housing is addressed. Over half of Aboriginal people in the NT live in overcrowded housing and nearly one third live in poorly maintained housing. This is by far the worst result of any jurisdiction in Australia.

The Conference noted that there is currently a political impasse between the Commonwealth and Northern Territory governments which is preventing the completion of an agreement to enable desperately needed Commonwealth investment in Aboriginal housing to be made available. The conference was also concerned at the very slow pace of implementation of the Northern Territory government funded housing program, where only 62 million of 220 million has been spent in the first two years.

The delegates demand that both levels of government urgently work to fix this impasse to ensure that Aboriginal housing investment can be made available to address the critical housing needs in the NT and contribute to improving the health and wellbeing of Aboriginal Territorians.

This declaration was unanimously endorsed.

The conference was co-hosted by AMSANT and University of Melbourne’s Indigenous Eye Health. 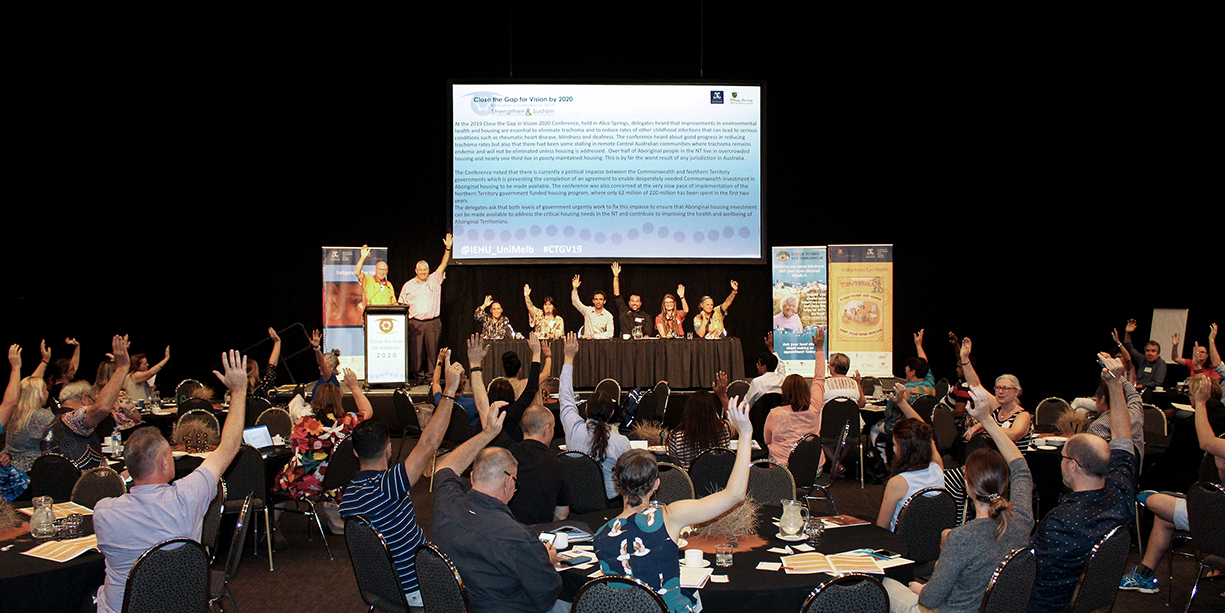