Congratulations to our two new Professors 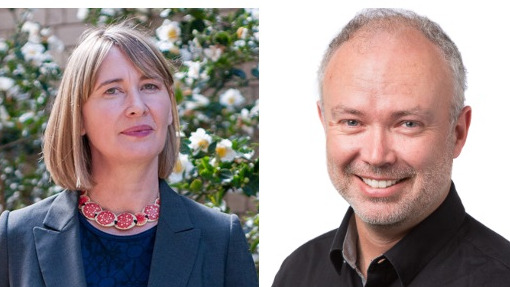 Bec Bentley and Richard Chenhall have achieved promotion to full professor in 2019.

Professor Rebecca Bentley has been promoted to Professor, effective 1st January 2020. Rebecca is situated in the Gender and Women’s Health Unit in the Centre for Health Equity. She commenced employment at the University of Melbourne in 2005 in a research position, completed her PhD in 2007 and moved to a teaching and research position in 2012. In 2016, Rebecca was awarded an ARC Future Fellowship to examine the lifetime socio-economic and wellbeing impacts of unaffordable housing.

Rebecca is social epidemiologist and works collaboratively with economists, geographers, sociologists, architectural scientists, and computer scientists. She leads an internationally outstanding program of research on housing, the built environment and health. With colleagues from the UK, Canada and Australia she established and leads the international research network (The Housing Inequalities NetworK, or THINK). She is also the leader of the Health Lens, and faculty lead, on a recently awarded and launched Hallmark initiative on Housing Affordability Innovation which aims to support interdisciplinary academic scholarship on housing affordability across the University of Melbourne. Rebecca has also had great success in coordinating master classes focusing on innovation and methods in the field of housing and health.

Since 2017, Rebecca has been chair of the MPSGH Graduate Researcher Training Committee. This has been an important role in supporting and improving the cohort experience for higher degree research students and in setting the strategic director for our graduate researcher training programs.

Congratulations to Rebecca for this important and well deserved recognition.

Professor Richard Chenhall has been promoted to Professor, effective 1st January 2020. Richard is Head of the Health Humanities and Social Science Unit (HHaSS) within the Centre for Health Equity (CHE), and Deputy Director of CHE. Until recently, he served as interim Director of CHE. He was awarded a Bachelor of Arts with First Class Honours in 1994 at the University of Melbourne, and a Doctor of Philosophy from the London School of Economics and Political Science in 2002.

Richard utilises the methods of medical anthropology in both an applied and interdisciplinary fashion. He has brought new ideas and analyses at the intersection of social research and public health to new audiences, and in studies that provide fine detailed ethnographic interpretation of the factors that influence health and wellbeing in various communities.

Richard has been a long-term contributor as coordinator and teacher of qualitative research methods and health social science subjects in the MPH. A conspicuous feature has been his focus on Indigenous health, and on teaching and mentoring Indigenous students and staff. Collaborating with Professor Marcia Langton AM (CHE), he has investigated the impacts of alcohol management plans in Northern Australia. This work crucially informs current government-focused strategy to control the harms associated with alcohol misuse through supply, demand and harm-minimisation interventions.

Richard has chaired the School’s Human Ethics Advisory Group since 2013. This has been a monumental effort given the large throughput that MSPGH generates as one of the most research-intensive Schools at the University of Melbourne. His handling of sensitive issues of complexity and multidisciplinary detail (across the range of quantitative and qualitative methods) is outstanding.

Please join us in sending congratulations to Richard on this well-deserved recognition.