CHE Award for Best Published paper by a PhD Candidate 2018

Congratulations to Jesse Young on receiving the CHE Best Published Paper by a PhD Candidate. 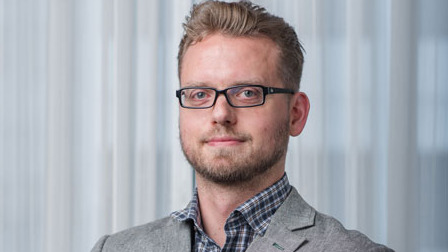 This is Jesse's first-author paper titled “Dual diagnosis of mental illness and substance use disorder and injury in adults recently released from prison: a prospective cohort study”, published in the May 2018 issue of The Lancet Public Health. For the first time globally, using a unique combination of survey, prison medical records, and linked administrative data, Jesse established that people with a dual diagnosis of mental illness and substance use disorder released from prison were at 12-times higher risk of non-fatal injury resulting in hospital contact compared to the general population. The paper has a strong equity focus, concluding that initiating mental healthcare and alcohol and other drug treatment, and ensuring continuity of this care when transitioning from prison to the community, is critical to reduce the excess morbidity experienced by people with dual diagnosis with a recent history of incarceration.

Since its recent publication, this paper has already had an impact on the field. It was featured as an Editor’s Choice paper in The Lancet Public Health and prompted an invited commentary from two leading experts in the field, which affirmed the importance of Jesse's methodology, evidence, and conclusions. Jesse’s paper has also received considerable public engagement and media attention. Stemming from this publication, Jesse was invited to write a plain language summary of his findings in the University of Melbourne’s Pursuit, which has been read by over 700 people. His paper’s public engagement score is in the top 50 (49th) of all papers published by The Lancet Public Health and in the top 1% of all articles ever tracked by Altmetric. Findings from his paper were featured in print media including in The Sydney Morning Herald, The Age, Health Times, and The Australian Doctor. Jesse also spoke about his findings live on ABC Breakfast, on ABC Radio National, and on national television on a live crossover for ABC News – Weekend Breakfast. According to Meltwater and Isentia (media monitors), Jesse’s media engagement brought the paper findings to an estimated 14.8 million viewers.

This is a high quality paper that has had a high impact, and evoked great interest within the scientific and broader community.  This innovative study uses deterministic and probabilistic linkage techniques to link different datasets.  It then uses multivariate cox regression techniques to find evidence that those with dual diagnosis of mental illness and substance disorder who are released from prison experience much higher rates of injury that results in hospital contact compared to the general population.