The Power of Peers 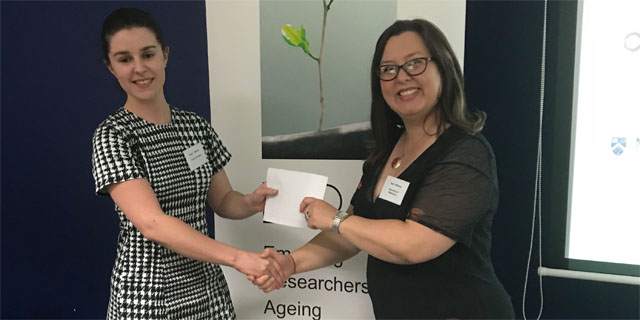 My grandfather and I have always bonded over our shared love of the outdoors. As I grew older I became more aware of how each year he would take fewer steps and how we would spend more time sitting and watching the birds. Regardless, we continue to enjoy bird watching, walking and talking far too much to stop. It was only in recent years that I realised it is not the birds, or the walking, but rather my company that he enjoys. This memory highlights a desire for social and emotional connection, which everyone desires regardless of their age. So, when granted the opportunity to research an area so close to my heart, I couldn’t say no.

Australia’s ageing population is increasing with approximately 15% of people now aged 65 years and over. It is important to remain physically active as one ages and to maintain muscle strength i.e. engage in resistance training (RT). There is established evidence that resistance training is highly beneficial for this age group, but low levels of engagement are a problem. Barriers to RT participation include injury and not knowing anyone to participate with. While there is strong evidence about the benefits of RT, there is scant evidence regarding the benefits of using peers to promote RT participation. Peers provide social support and take on roles such as advisor, educator and helper. Peer support involves learning from others who share an affinity (e.g. similar age). I am involved in a study, which explored the experience of peers in encouraging participation in RT among older community dwelling adults. Two questions were fundamental to the research, 1) what are older people’s perceptions of being a peer? And, 2) what do older people perceive are the positive and negative aspects of being a peer?

Results showed that the peer role was perceived as potentially leading to a relationship, which was of benefit to both parties. Peers reported that helping and supporting others was a positive experience and raised their own self-efficacy. Peers indicated that helping other older people led them to feel more motivated, satisfied and socially connected. Feelings of satisfaction were nourished in the peer when contributing to their RT participants’ wellbeing and RT engagement, by encouraging, supporting and empathising with them through the sharing of similar experiences that had a great deal of meaning in their own lives.