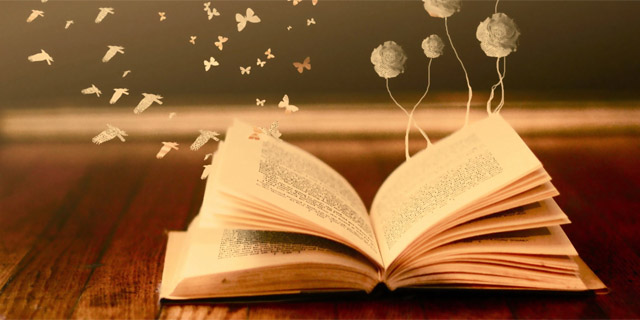 Designed to inform the way the Government supports the aged care sector to deliver care that is sensitive to and inclusive of the needs of LGBTI people, their families and carers. The LGBTI Strategy was given a five-year implementation time frame. This report reviews the actions undertaken to implement the principles and goals of the LGBTI Strategy and considers the success of the LGBTI Strategy – and opportunities for improvement – from the perspectives of stakeholders.

2. The Drivers of Ageism. Report by the Benevolent Society.

The Benevolent Society is building a national advocacy campaign, EveryAGE Counts, to shift the dominant, negative narrative of ageing in Australia and to drive positive change in economic, social, health and civic participation outcomes.

The Benevolent Society commissioned a three-pronged research study to ensure the campaign is underpinned by the latest evidence. The research was guided by an eminent expert reference panel. This Summary Report presents an overview of the emerging findings from the research. The report can be accessed here:

4. WHO Guidelines on Integrated Care for Older People (ICOPE)

The provision of integrated care is key for older people. The WHO Guidelines on Integrated Care for Older People (ICOPE) propose evidence-based recommendations for health care professionals to prevent, slow or reverse declines in the physical and mental capacities of older people. These recommendations require countries to place the needs and preferences of older adults at the centre and to coordinate care. The ICOPE Guidelines will allow countries to improve the health and well-being of their older populations, and to move closer to the achievement of universal health coverage for all at all ages.

Despite reforms to improve the quality of residential aged care, our Review has identified that current regulatory mechanisms do not consistently provide the assurance that the community expects. Many aged care residents, including some of the most vulnerable and unwell in the aged care system, receive poor-quality care and highlights areas in need of improvement in the regulatory system.

6. Older Australia at a Glance. Report by the Australian Institute of Health and Welfare.

Older people make up a considerable proportion of Australia’s population—in 2016, over 1 in 7 people were aged 65 and over. This report provides an overview of this diverse and growing population group through a range of topics. These outline older people’s demographic characteristics, health status, and service use.

As laid out in the WHO principals of Healthy Ageing the health workforce needs to proactively anticipate and counter challenges in people’s physical and mental intrinsic capacity. In this way older people can increase control over their own health. Currently the health workforce is trained to respond to acute illnesses and communicable diseases and to reach this new standard key interventions need to be ensured:

8. The Science of Cells that Never Get Old. TED talk by Elizabeth Blackburn

What makes our bodies age ... our skin wrinkle, our hair turn white, our immune systems weaken? Biologist Elizabeth Blackburn shares a Nobel Prize for her work finding out the answer, with the discovery of telomerase: an enzyme that replenishes the caps at the end of chromosomes, which break down when cells divide. Learn more about Blackburn's groundbreaking research -- including how we might have more control over aging than we think.

9. How I became an entrepreneur at 66. TED talk by Paul Tasner

It's never too late to reinvent yourself. Take it from Paul Tasner -- after working continuously for other people for 40 years, he founded his own start-up at age 66, pairing his idea for a business with his experience and passion. And he's not alone. As he shares in this short, funny and inspirational talk, seniors are increasingly indulging their entrepreneurial instincts -- and seeing great success.

10. Lessons from the Longest Study on Human Development. TED talk by Helen Pearson

For the past 70 years, scientists in Britain have been studying thousands of children through their lives to find out why some end up happy and healthy while others struggle. It's the longest-running study of human development in the world, and it's produced some of the best-studied people on the planet while changing the way we live, learn and parent. Reviewing this remarkable research, science journalist Helen Pearson shares some important findings and simple truths about life and good parenting.

11. What You Can Do to Prevent Alzheimer’s. TED talk by Lisa Genova

Alzheimer's doesn't have to be your brain's destiny, says neuroscientist and author of "Still Alice," Lisa Genova. She shares the latest science investigating the disease -- and some promising research on what each of us can do to build an Alzheimer's-resistant brain.

Australia’s population is ageing, we are constantly reminded, as if it’s a burden rather than an opportunity.  The baby boomers, however, intend to age differently to their parents.  No retirement villages or blue rinses for them. Indeed, the notion of ageing itself is being disrupted.  Paul Barclay speaks to a panel of guests who are challenging ageism, and rethinking and redefining how we live out our later years.

Recorded at the Australian Association of Gerontology conference, 10 November, 2017.

Prisons and aged care providers are sounding the alarm over the growing number of elderly convicted sex offenders and other serious criminals, and the lack of appropriate aged care facilities to take care of them in their twilight years.

A pill that can slow the ageing process has been on medical science's radar for decades. Akin to snake oil a few decades ago, developments have moved so fast in recent years that scientists say there are now several drugs in the pipeline that are offering promising results. But the demand for an anti-ageing pill is so great, consumers aren't waiting for proven trials and are sourcing them the best way they can — and that's worrying health regulators.

Elizabeth Finkel is editor-in-chief of science magazine Cosmos and she's been looking into this topic and the ethical minefield it presents.

16. Violence between residents in nursing homes can lead to death and demands our attention. The Conversation by Briony Murphy and Joseph Ibrahim

Some preventable deaths in nursing homes are a result of aggression between residents. This most commonly occurs in people with dementia, our new research has found.

17. FactCheck: is Australia on track to have the oldest pension age in the developed world? The Conversation by Rafal Chomik

Labor’s Jenny Macklin said that increasing the pension age to 70 would mean that Australia will have the oldest pension age in the developed world. Is that right?

Victorians with a terminal illness will be able to request an assisted death from the middle of 2019, after the state’s parliament became the first in Australia to legalise voluntary assisted dying. Victorian residents over the age of 18, of decision making capacity, who have six months to live and are in intolerable suffering can be granted access to lethal medication to end their life.

Eligibility is extended to 12 months for those with neurodegenerative conditions, such as motor neurone disease, multiple sclerosis and Alzheimer’s disease.