A unique collaboration helping families to stay together 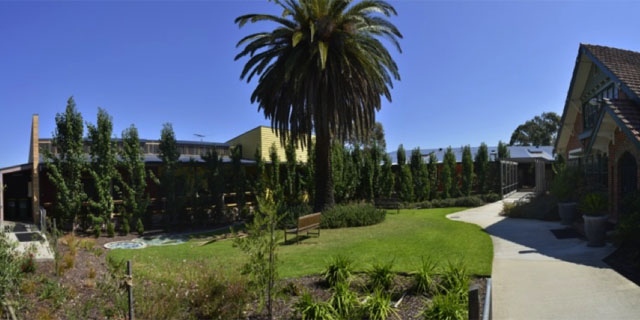 Wallara is an organisation that was set up to support children with a disability. It was established in Dandenong in 1959 by local council, parents and passionate volunteers. More recently, Wallara identified the emerging difficulties of the now older children with disabilities and their ageing parent-carers who were in need of care themselves. And after a lifetime of caring for their disabled “children” the parent-carers found it difficult to relinquish that responsibility.

In 2007 Wallara completely reinvented itself and the organisation was restructured from an institutional congregate care facility to a community-based provider of services. To address the difficulties of their clients, it sought a project partner for a unique facility that would provide accommodation for disadvantaged older people and people with a disability on a single site. Wintringham, an organisation established over 20 years ago and specialising in aged care and services for homeless older people, was selected. Each organisation owns its part of the new combined site, the Eunice Seddon Hostel, but a single architect developed the master plan for the entire site and a single builder was employed for the construction.

And according to one resident Flowers Brown, things are going well.

“I love it – the place is absolutely outstanding and the best thing is the people,” Mr Brown said. “It isn’t just the architecture, it’s the people themselves that really make this place, they really do (Stephen Easton, Australian Ageing Agenda, 2011).

The architecture and the management go hand in hand to enable the residents to be themselves while making adjustments to living differently. The sense of place, being able to manage their own social environment, and the close connection to family and gardens are all-important features of the project.

The co-location of services which meant that Mum could live here near her daughters when she was ready, was the decisive factor in her agreeing (at 84) to release her 2 adult daughters with severe disabilities to be supported in our homes where all the other residents are friends already. Every other attempt to get Mother to release her daughters and let them build some independence has failed. But Potter St (Eunice Seddon Hostel) broke through her defences. Mother has a 4th daughter, without disabilities who has always known she would be picking up the pieces when Mum can no longer care for the 3 girls. The 4th Daughter is deliriously happy. (Phil Hayes Brown, Chief Executive, Wallara) 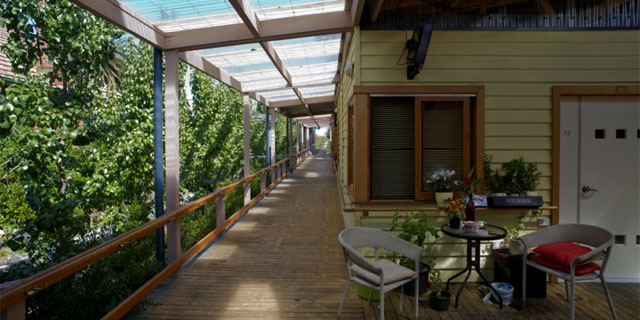 Due to the publicity surrounding its opening ceremony 2011, the Dandenong hostel has received “lots of calls” from older parents with disabled children, who would like to be able to live in such arrangements. But for most, all the facility can do is give them hope that others like it might exist one day (Stephen Easton, Australian Ageing Agenda, 2011).