From stereotypes to stars 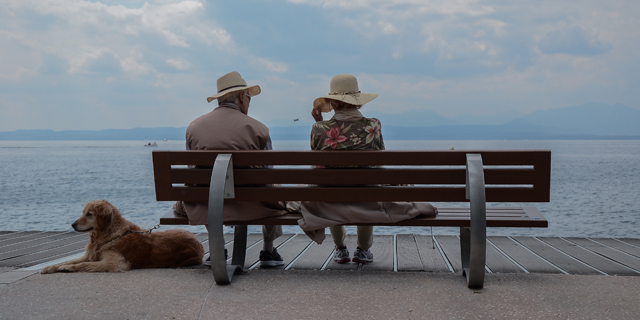 "While the deterioration of the mind and body may be painful and sad for both those who watch and experience it, we should not simply view old age as a dull prelude to death, nor should we see the elderly as outside of life and the public sphere.

We should recognise that old age is as rich and complex as other stages of life and like all stages of life is full of its own triumphs and joys as well as suffering and sadness."  http://www.abc.net.au/news/2010-08-20/35902

MacDougall acknowledges that we might ask why a 26 year old is writing about old age?  She responds that she too will “some day“ be old and contending with a society that devalues older age. And that she has learnt some of her greatest lessons about “joy, passion and complexity” from her grandparents (although this took her a while).

The master narrative that is popularised by the media and politicians is damaging to older people and the rest of society and divides us as a community… we should change that narrative.  (SL)

I think for a lot of older people old age is hard: lack of support, social interaction, financial resources and poor health contribute to this. (HM)

Working in clinic with older people on a daily basis, those who embrace life and perceive the process of ageing as positive, are few and far between. (SC)

As to how young people see old age:

Most people view old age in the same way - the younger you are, the more likely you are to think that.  Being so distanced from old age means it’s less likely for young people to see the issues they face, the realities of their daily lives. (AW)

MacDougall has a number of “shoulds” … I am concerned that the majority of younger people see and experience old age as MacDougall did in the beginning of her article– at a distance, occasionally involved and at times unaware of daily life events –only to realise later that it is not as the old people see it and experience it.  This is not her fault - it is our Western society. (JB)

How could this be changed? Students were passionate:

We are beholden to try and change this … How we write policy, communicate with stakeholders and the broader community and most importantly in the conversations we have with older people ourselves. (SL)

One of my beliefs is in integrating old(er) people into our communities so that all stories – young and old – are part of our lives … We need to focus more on stories and less on bodies. (JB)

Stop looking at a decline to an end point (life/death) and see this life stage like all others with its own possibilities, challenges and excitement … There is opportunity for continued growth, wisdom and meaning and to be freed up from the dominant narratives around doom and decline. (JB)

As healthcare workers, we need to actively seek to not write off someone due to their age.  As a society, there is a need for an overhaul of our minds.… The individual will also need to actively reframe their minds and not be obstructed by the notion of age and the stereotypes that come with it. (SC)

We agreed discussions can go a long way to challenging ageist stereotypes.

For age is opportunity no less
Than youth itself, though in another dress,
And as the evening twilight fades away
The sky is filled with stars, invisible by day.