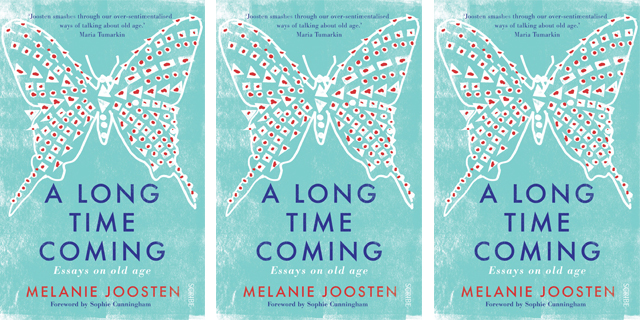 I remember sitting in the National Ageing Research Institute (NARI) annual seminar a few years ago, and being fascinated by the research that was being presented. I considered myself a fairly aware person with an interest in the world around me, but being new to the area of ageing research I quickly realised I knew very little about some of the issues and challenges facing older people. Over the years I realised that if I found the area interesting, chances were, others would too. So I decided to write a series of essays on aspects of old age that I thought were sometimes hidden away from the collective public consciousness.

The essays were mainly based on interviews with older people. Their interests or preoccupations led me to different areas to research and contemplate. In this way I wrote essays on how women felt about their ageing bodies, and society’s expectations of what getting older looks like; on the way novels are the perfect way of getting inside the minds of people with dementia and encouraging empathy for their situation; and on how older people in the Tiwi Islands live, and what more mainstream aged care services might learn from their approach. I also wrote about the loneliness and isolation experienced by some people living in nursing homes, the way financial exploitation and abuse of older people can lead to homelessness, and how younger feminists should be fighting for the rights of older women to proper care and inclusion.

One of the preoccupations that kept coming up was older people’s fear of being a burden. There is such a focus on maintaining our independence that many people worry about what will happen when they start to need help. This led to an essay on the right to be old, and it’s a theme that runs through the entire book, that ageing is not about staying young, it’s simply a part of the life course and should be accepted rather than feared.