The Hon. Susan Ryan and the Hon. Mark Butler were the keynote speakers at the launch 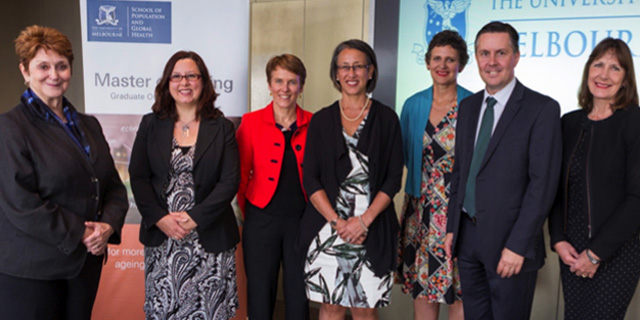 The University of Melbourne officially launched the Hallmark Ageing Research Initiative and Master of Ageing program on Thursday 31st March at the Woodward Centre. These initiatives offer a new interdisciplinary focus for education and research on the challenges and opportunities of ageing populations.

The launch was officially opened by Professor Jim McCluskey and Professor Terry Nolan head of the Melbourne School of Population and Global Health where these two initiatives are housed. The keynote addresses were delivered by the Hon Susan Ryan AO, Age and Disability Discrimination Commissioner and the Hon Mark Butler MP, Federal Member for Port Adelaide, Shadow Minister for Environment, Climate Change and Water, and author of Advanced Australia: The politics of ageing. This was followed by a Panel Conversation with Susan Ryan, Mark Butler, Dr Patricia Edgar AM, Television Producer, Educator, Media Scholar and author of In Praise of Ageing and Rae Lamb, Federal Aged Care Complaints Commissioner. 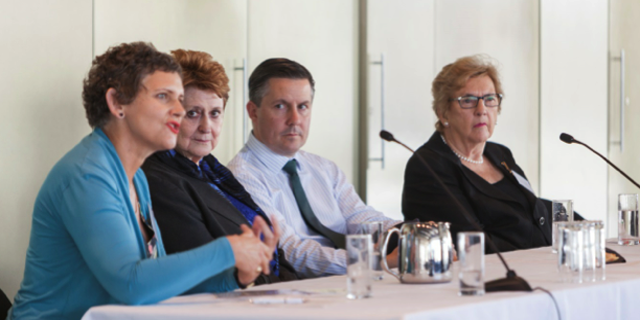 Feedback from the audience, consisting of academics, Victorian Government department representatives and external industry partners, was that the launch was a resounding success and enjoyed by all. The launch terminated with a networking lunch during which guests had the opportunity to make interdisciplinary connections across the University and beyond.

For further information about these initiatives, please visit: