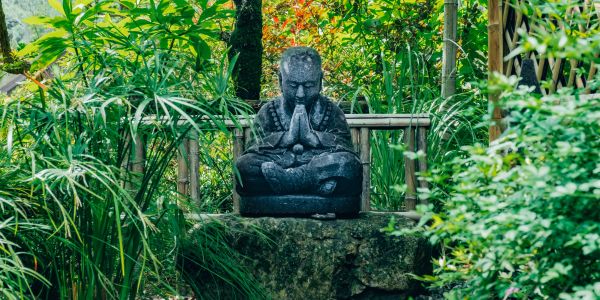 One positive to arise from COVID-19 is that people have been motivated to use parks, gardens and public open spaces more than they usually would. As facilities such as gymnasiums, health clubs, fitness centres and swimming pools were, and in some cases still are closed and people have had to minimize their social contact, open spaces and parks have become a much-needed haven for people. These spaces allow people to break the monotony of isolation, provide a place to exercise, enjoy the environment and socialize to a certain degree. This holds true for the wider community including older people, who also need access to parks and gardens. Without access to open space older people can become isolated, disconnected from society, and lose much needed social interaction. However, just having parks and gardens alone does not mean that people will necessarily go there. It is not a simple case of “build it and they will come”.

Australia has many open space and parks from large scale regional open spaces to smaller community and neighbourhood parks. These parks are like any other facility, they provide functions that you generally don’t have at home. Therefore, just like any other facility, parks and gardens need to attract and draw people to them and once they have been attracted to the space, they need to cater to them specifically. This could be as simple as seats under trees, toilets or playgrounds. If we consider that it is essential to encourage older people out of their homes and into these spaces for their wellbeing, we need to consider how attractive these parks and gardens are to older people. As regional parks, national parks and large-scale parks were closed due to COVID-19, local neighbourhood parks became increasingly important. It is these parks that must meet the needs of older people as variety and proximity make them easier to access and more appealing. Although Australia is highly multicultural, we do have suburbs in our major cities that have a large percentage of culturally diverse people from single ethnic backgrounds. This ranges from large Chinese enclaves to African and European suburbs. In these areas you see shops, restaurants and markets that cater for these concentrations of specific ethnicities. You find multiple languages written on shop windows and shops that cater for foods that are not traditionally known by European Australians. Local newspapers are published in diverse languages and radio stations have foreign language programs. If these types of facilities and services cater to such diversity, then why wouldn’t we do the same with urban open spaces, streetscapes, parks and gardens, especially in areas with dominant ethnic populations. If we want to attract older culturally and linguistically diverse (CALD) people to open spaces we must understand what appeals to them. This is an important issue for landscape architects, architects, planners and urban designers as well as organisations that build and maintain these parks such as local governments.

So how do older CALD people see landscapes and interact with garden spaces? Some see landscapes as a place to grow vegetables, some see them as purely aesthetic places, some see them as places to congregate and some see them as places to contemplate and reflect. Many people of European backgrounds have over the years, even as far back as the first settlers, tried to change the Australian landscape to reflect their ethnic origins. They tried to grow fruit and vegetables from Europe, they favoured European architecture, and they designed gardens and parks the way they were designed in the great European capitals. But Australian soils and climate, to a large degree, do not enable these European preferences to become a reality.

Different ethnic and culturally diverse older people are attracted to parks for different reasons. What would attract an older Italian person into a park or garden? What about a Macedonian, a Vietnamese, a Chinese or an Indian older person? Each one of these people see the world through different cultural eyes. Their perceptions are shaped by their past, their upbringing, and the outdoor spaces that they interacted with when they were younger. People who grew up in highly urbanized areas such as Hong Kong, Shanghai or New York saw the landscape differently to older Italians raised in the hills of rural Italy. One might want to meet friends, one might want to feed the birds, one might want to exercise, and one may want to have a snooze in the sun. We need to understand this in order to create appropriate open spaces.

I believe that there 13 ways in which we can provide more appropriate and culturally sensitive open spaces for older CALD people:

As parks, gardens and open spaces are now being looked at differently and are being seen as one of the major pieces of infrastructure of a city and the health and wellbeing of its citizens then they must be designed for and cater to areas with older populations and areas with high levels of cultural diversity. Designs need to be specific, not generic, to enrich the lives of those that use them.

Census of Population and Housing: Reflecting Australia - Stories from the Census, 2016. Cultural diversity in Australia, 2016. Retrieved from: https://www.abs.gov.au/ausstats/abs@.nsf/Lookup/by%20Subject/2071.0~2016~Main%20Features~Cultural%20Diversity%20Article~60