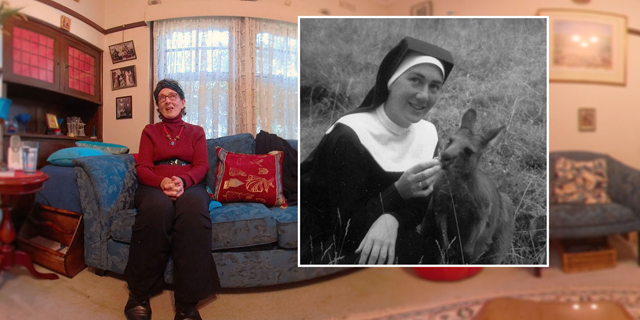 The poetics of ageing is a theme that proposes becoming older as the art of living rendered with all the complexity we encounter as we age. The dreary narrative of senescence is replaced by the poetry of a life lived to the full, with all the colour, texture and nuance we expect at other stages of our lives. John Vincent writes in Old Agethat myths of ageing paint old age as a ‘contentless role - the fag-end of life lacking the charisma of youth”.[1]Instead, the poetics of ageing advocates a life lived with flourish. Indeed, becoming older could be issued with a warning to others that previously ‘normal’ behaviour will now be eschewed in favour of risky choices and anti-social tendencies. In the poem Warningby Jenny Joseph, ageing is seen as a liberator from the ‘sobriety of youth’. It begins:

When I am an old woman I shall wear purple

With a red hat which doesn't go, and doesn't suit me.

And I shall spend my pension on brandy and summer gloves

And satin sandals, and say we've no money for butter.[2]

Poetics of Ageing: Images of Becoming Olderwas a seminar hosted by Monash University Art, Design and Architecture (MADA) in July 2019. It articulated how images construct our understanding of ageing and can be used to counter stereotypical narratives. Lena Gan from the Melbourne School of Population and Global Health spoke on reimagining life in the third age; Professor Evonne Miller from the QUT Design Lab described how poetry can be used to evoke the lived experience of those in aged care; Dr. Josefine Antoniades reported on her ‘Moving Pictures’ project that uses video to enhance awareness in Culturally and Linguistically Diverse Communities; Dr. Cameron Rose from MADA presented and screened his Poetics of Ageing360-video documentaries where individuals ponder what ageing has taught them; Professor Gyu Chan Jeon from Korea National Arts University revealed the unique social and political circumstances affecting ageing in South Korea and Dr. In Dae Hwang from MADA spoke on the beauty and complexity of ageing and presented his digital/generative artwork.

It is through images that we can reimagine our lives. Reports and statistics identify the ageing population as a looming crisis, a problem to be solved. This adds to the narrative of decline where older people are regarded as no longer being able to usefully contribute to society. However, images can counter this narrative to reveal a variety of responses to becoming older. Positive images of ageing can reveal older individuals as being actively engaged in life and society, celebrating the achievements of a life well lived. The importance of these images has been acknowledged by their use in communications about ageing by public sector and community organisations.

The caveat to these images of positive ageing is they similarly stereotype becoming older as a joyous period of affluent retirement. An endless holiday spent travelling with a partner and being socially engaged with your peers. This ignores the reality of many older people and clusters them together as an ‘other’, devoid of intergenerational relationships and disconnected from the reality of the rest of society. Consequently, images are an important feature in the culture of ageing and need to be carefully considered and curated to evoke the reality of ageing but also provoke a discussion that includes all possibilities in the fabric of society.

The Poetics of Ageingseminar was the conclusion to the Australia-Korea Foundation DFAT funded Digital Bridges project. To view the videos please visit http://digitalbridgesnetwork.org/