Music, the catalyst for a return to study 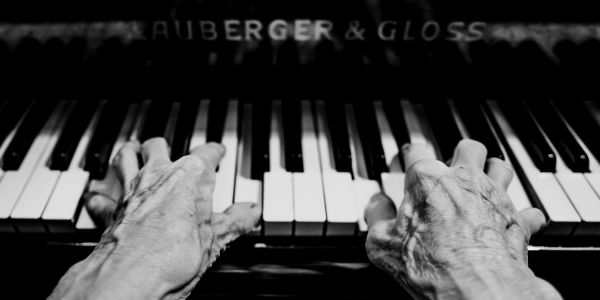 I have just completed my Master in Ageing course at the University of Melbourne. This, more or less, happened by accident. After my husband, Jim, passed away with Parkinson’s disease in 2015, although broken hearted, I knew I had to find something to do.  One day, early in April 2016, I switched on the TV…and there was the answer, I immediately knew what I had to do. The ABC program, Catalyst, was showing “Music on the Brain” which had been developed by several universities here and overseas. It showed how music can reawaken the brain. It was a most stimulating documentary giving examples of people who had not spoken for a long time, coming to life when headphones, playing personalized music were placed on their heads; and of an elderly gentleman, who had frozen with Parkinson’s disease, waltzing beautifully with his therapist once the headphones were placed on him.

Immediately, I realized that this was similar to when I had put music DVD’s on every afternoon at one of the nursing homes. For example, a dementia patient would constantly be told to sit down because he wandered from breakfast to bedtime, incurring many falls.  The only time he sat down was when he was listening to music with the group. As soon as I switched off the music, he got up and quite often fell. I had got so used to this performance that I would have a pillow ready to pop under his head before he hit the floor. The group of dementia patients seemed to enjoy the impromptu music sessions and I am sure it gave the staff a break. I kept an iPod beside Jim’s bed so that if he was uncooperative when being changed into his pyjamas, the music would calm him as music seemed to help keep his moods fairly positive.

Seeing the program and looking back over my experience, I felt I had to know more. At this point, I had no idea that there was a Master of Ageing course at the University of Melbourne. However, on browsing the literature, I found that there was a course and wondered if they would accept me. When I hesitantly phoned the Support Team, I was relieved to find they were most helpful; so, in Term 2, 2016, I returned to study. Over the last three years, I have studied online, part-time, and researched on the effect that music has on dementia patients, whenever possible. There are numerous global studies on the topic. Researchers have looked at how music improves the quality of life of elderly dementia patients and their carers; how it improves mood, the ability to turn back the clock and rekindle memories for a time, giving the patients back their identity and reducing isolation.  Researchers have compared music therapy with antipsychotic drugs and questioned if less costly music therapy could be used as an alternative intervention to complement medicine because it does not have the same side-effects, such as loss of balance and falls. It is recommended that music therapists should be employed to lead groups as not all music makes people happy and therapists are trained to recognize any adverse signs.

So, now I no longer ask myself what am I going to do; the question is why aren’t policy makers and governments making funds available for every nursing home in the country?  Fortunately, some homes do have music programs, and some play music at various times, but it is necessary to provide the music at regular intervals each week, rather than treating music just as entertainment.

Internationally, dementia is a serious problem which is growing at a rapid rate. The statistics on the number of elderly people in nursing homes, suffering from dementia are substantial, figures released by Dementia, Australia in 2018 showed, 436, 366 Australians were living with dementia, and this is expected to increase to 589,807 by 2028 and 1,076,129 by 2058. So, with these figures in mind, it seems imperative that we convince policy makers that evidence validates alternative therapies, such as music, to complement pharmacology, to give elderly patients a better quality of life, while searching for a cure. From the link below, it seems that even people with severe dementia can benefit from listening to personalized music.