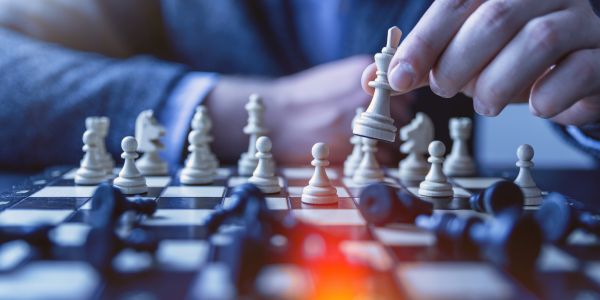 We propose that improved retiree outcomes can come from changing some entrenched paradigms underlying discussions of retirement, particularly those focussed on superannuation and funding. In Australia, as in most countries, and in all developed countries, the population is ageing.

The number of retirees (over 65, the traditional fixed age for ‘retirement’) is growing rapidly, in absolute terms and relative to the population.  This group’s wealth is also growing strongly, encouraged by the superannuation system which is now about half way to maturity.  Government is developing government funded services, accessed through myagedcare.gov.au, to provide support to retirees.  Access to these services requires an assessment of personal needs and is focused on those considered to be in greater financial need. There can be significant waiting periods between assessment and provision of services and navigating the system can be complex and confusing for both carers and retirees.  There is now a growing industry to provide an increasing range of needed services to retirees.

Retirement is a complex and multi-faceted process.  It is a challenge for individuals planning to retire and then living through their retirement. It is also a challenge for policy development, government planning and service providers.  The concept of retirement is new, perhaps not becoming widely accepted or expected until after World War 2, and it continues to evolve as society changes.  With life expectancies at age 65 moving beyond 25 years in Australia, there are only so many games of golf that retirees can play until they become bored or physically incapable.  Managing retirement can be made more difficult by the need to protect retirees as they become more vulnerable.  Elder abuse is an alarming and growing problem.  And we are all aware of the current Royal Commission which is uncovering shocking and systemic abuses.

Funding is important, but there is much more to retirement than that.  Funds are needed for many purposes, from steady income streams for ‘life as usual’ through to irregular and unpredictable lump sums. Perhaps the biggest lump sum risk is entry bonds for retirement and nursing facilities.  More broadly, there are issues like health and aged care, managing disabilities (physical and intellectual), community engagement, housing and security to address.  All are needed to promote good quality of life for retirees.  For anyone who has dealt with an ageing parent or relative needing to get help and care or knows someone who has (such as their parents), the difficulties in achieving this will likely resonate.

We need sustainable, supportive and accessible processes and systems in place to support dignity and good quality of life in retirement.  We therefore need to take a holistic and inclusive approach.  It is a wider challenge than just income streams.  It is also a broader challenge for society than only focusing on each person looking after themselves.

Discussions of funding and other provisions for sustainable and dignified living in retirement often focuses on the provision of retirement income streams.  They implicitly presume retirees are healthy, interested, wealthy, and confident to make ‘sensible’ decisions in a timely manner. There is considerable evidence to suggest these assumptions are questionable even on retirement, let alone as retirees progress through their retirement.  As anyone who has dealt with someone with dementia knows, putting money into an account does not help them as they are unlikely to be able to access or spend it.

Some Australian population statistics show the ‘healthy, interested, wealthy, and confident’ presumption is not necessarily valid and becomes less likely to be valid as retirees age.

Discussions of retirement can often be narrow and siloed which may constrain meaningful debate and solutions.  We believe discussions need to be holistic and reflect interactions between its many and varied facets.  To use an investment analogy, they need a ‘portfolio’ approach. The objective is not to maximize or optimise any single facet (investment) but to optimise outcomes from the overall package (investment portfolio).

We suggest some ‘sacred cows’ need to be questioned and new paradigms established to generate improved outcomes that help improve the quality of life for retirees.  For example:

To finish positively, we believe awareness of these challenges is increasing and that ways to address them will be found.  The first step in finding sustainable solutions is to identify the issues with clarity.  There also needs to be the good will, socially and politically, to address these real and complex issues and resolve them.  We believe that Australia and Australians have the capacity and compassion to succeed with this.

This article draws on our paper presented at the International Congress of Actuaries held in Berlin in June 2018. Both authors are fully qualified actuaries with over 30 years of professional experience.