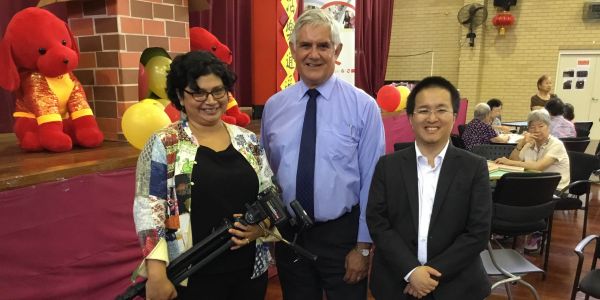 Imagine you are older, a migrant, and socially isolated. You notice that you are increasingly forgetful, tired, apathetic, and irritable. Your English is failing (though it was never that good to begin with). You don’t think as clearly as you used to. Are you ‘going mad’? Your family says ‘no’ but your community says that you have an ‘elderly retardation disease.’ Your distress compounds. What is happening to you? Can you get better? Is there help available? How do you find it?

Dementia is the single greatest cause of disability in older Australians (aged 65 years or older) and the third leading cause of disability burden overall1. It is costly and debilitating for people living with the condition, their families, and communities, not only in financial terms but also socially and emotionally. Although incurable, timely diagnosis and early intervention are critical to facilitate improved prognosis and management, positively impact patient and carer mental and physical health, and enhance community participation, quality of life, and socioeconomic outcomes.

Yet timely diagnosis of dementia remains a challenge among older culturally and linguistically diverse (CALD) Australians, even though these vulnerable populations are more likely to experience these conditions in older age compared to their Anglo-Australian counterparts2. While there are many factors affecting timely diagnosis, major patient barriers include low English proficiency; social isolation; lack of awareness of dementia and depression; lack of awareness of health services; different cultural understandings of ageing, cognitive decline, and mental illness; and the role of family in facilitating diagnosis and care3,4.

To overcome these barriers and to promote timely diagnosis and early intervention, user-friendly, relevant, and culturally appropriate interventions are urgently needed. The time to act is now. Australian society is increasingly ageing and culturally diverse. One in three older people is from a CALD background, and 73% of permanent migrants speak a language other than English at home5. Australia’s overseas-born migrants are a growing proportion of the total population (currently 27%; in 2011 it was 25%), surpassing the United States (14%), Canada (22%), and New Zealand (23%)6. Thus, concomitant with the rising prevalence of dementia in older people, there will be a rise in CALD families grappling with these conditions.

Accordingly, the Commonwealth Department of Health and Aged Care, has funded the Moving Pictures study, which aims to increase dementia awareness among Australia’s fastest growing CALD communities. Administered through the National Ageing Research Institute (NARI), the project seeks to co-produce with Cantonese, Mandarin, Hindi, Tamil, and Arabic-speaking communities, 15 short films on the early signs of dementia; sources of help for dementia and; dementia care pathways.

“It is important that we used a participatory approach is used to create culturally-relevant, user-friendly content for the fastest growing CALD groups in Australia today,” said the lead researcher Dr Bianca Brijnath. “Stories speak to people and the intent of Moving Pictures is to move people experientially and emotionally, to avoid delayed diagnosis, by understanding the lived experience of CALD carers and families.”

The films will be available for free online, via mobile App, and in hardcopy storyboards in late 2018. To receive a free copy of the films, contact the Moving Pictures Project Team on Moving Pictures MovingPictures@nari.edu.au or (03) 8387 2101.